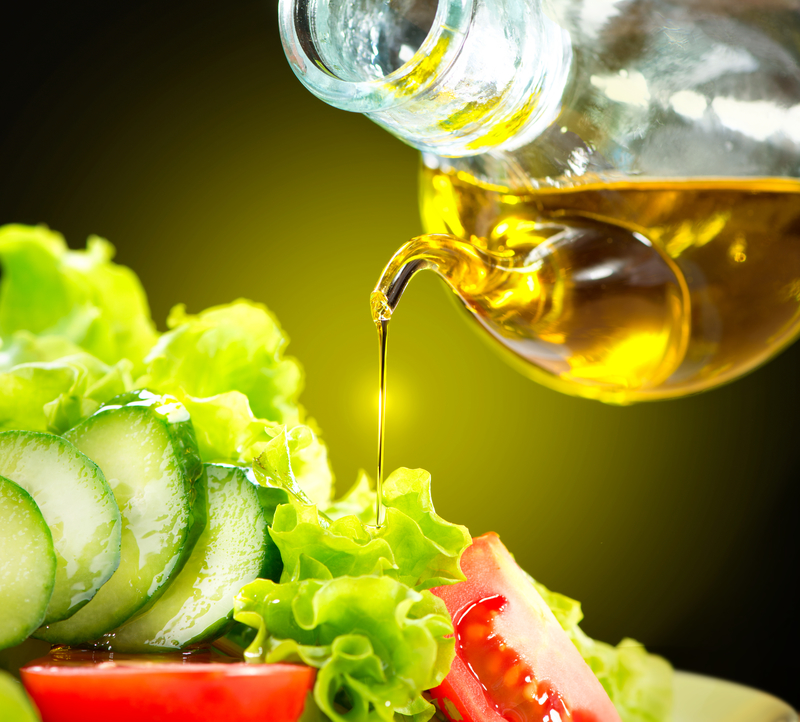 Are you determined to start reducing triglycerides naturally? Olive oil and vegetables are staples of a Mediterranean diet.

If you have high triglycerides, you may be thinking about eating healthier meals as a way to lower triglycerides naturally and reduce your risk for cardiovascular disease. Over the long term, switching to a healthier diet is indeed the best way to lower triglycerides naturally. But what about the short term? Wouldn’t it be nice to know that by choosing a healthy meal you’re providing immediate benefits to your cardiovascular system as well?

What Is Endothelial Function?

Researchers from the Montreal Heart Institute at the University of Montreal compared effects of a junk-food meal and a typical Mediterranean diet meal on the endothelium, or the inner lining of the arteries. The endothelium is not passive; it plays an important role in maintaining the health of the arteries by sensing and responding to various signals. The endothelial lining releases substances that cause the arteries to contract and expand in a balanced, harmonious way.

When endothelial function is disrupted, the arteries become too constricted and can’t dilate properly. How well your blood vessels dilate is closely linked to your risk of developing heart disease and other cardiovascular diseases. Endothelial dysfunction also is linked to inflammation and free radical damage within the blood vessels.

According to the study’s head researcher, Dr. Anil Nigam, director of research at the Cardiovascular Prevention and Rehabilitation Center, endothelial dysfunction is a big reason cholesterol-laden plaque builds up, clogging arteries and causing atherosclerosis.

The study tracked 28 men who ate a Mediterranean diet meal first and then a junk-food meal a week later. The Mediterranean diet meal included salmon, almonds, and vegetables cooked in olive oil. It was rich in good fats offering omega-3 benefits as well as mono- and polyunsaturated fats. The junk-food meal included a sandwich made with sausage, egg and cheese, along with three hash browns. It contained no omega-3s and was heavy in saturated fats. Endothelial function was tested at baseline and then again after eating the two meals.

In the University of Montreal study, those participants with highest triglycerides had the greatest response to healthy meals. And their arteries responded better to the Mediterranean diet meal compared to people with low triglyceride levels.

The fast-food meal had the opposite effect. After eating a junk-food meal, the arteries of the study participants dilated 24 percent less than they did when in the fasting state. Dr. Nigam summed up the study by saying a Mediterranean diet may be particularly beneficial for individuals with high triglyceride levels precisely because it could help keep arteries healthy.

Lowering triglycerides naturally in the long term can improve your endothelial function immediately. In fact, the Mediterranean diet has now been determined to be superior to low-fat diets for reducing the risk of cardiovascular disease and other chronic diseases.

Eating Mediterranean diet-type meals is a sure way to lower triglycerides naturally in the long term, while eating a Mediterranean diet-type meal right now is a sure way to positively influence the health and function of your arteries. The diet may also help manage depression and osteoporosis. (Follow the links to read discussions on those conditions.)

You can read about other natural, lifestyle-based treatments for reducing triglycerides in these University Health News posts:

Originally posted in 2012, this post is regularly updated by the editors of University Health News.