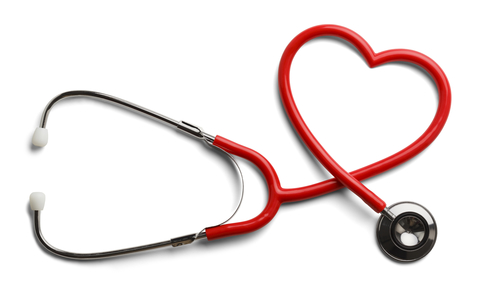 TACT (Trial to Assess Chelation Therapy) was the first large-scale, multicenter study designed to determine the safety and efficacy of EDTA chelation therapy for people who have suffered a heart attack. The chelation treatments worked—chelation therapy was found to reduce heart attacks, strokes, deaths, hospitalizations for chest pain, and artery-opening procedures.

Despite angering some of the anti-alternative medicine crusaders who fought to get the 10-year trial cancelled, the positive results were published in JAMA, the American Heart Journal, and Circulation.[1-3]

Stick with “EDTA”: Those initials are far easier than the chemical they represent:
ethylenediaminetetraacetic acid. Per Merriam-Webster, it’s “a white crystalline acid C10H16N2O8 used in medicine as an anticoagulant and as a chelator in the treatment of lead poisoning.”

Since then, cardiovascular researchers from Columbia University’s Division of Cardiology at Mount Sinai Medical Center and Stanford University’s School of Medicine have been struggling to get the word out and garner greater support for additional research into this promising but controversial treatment.[4-5]  They want conventional cardiologists to understand the important role that toxic heavy metals play in heart disease and to consider the life-saving benefits of removing these toxins from the body using EDTA chelation therapy.

TACT was a randomized, blinded, placebo-controlled study based out of Mount Sinai Medical Center involving 1,708 heart attack survivors. Participants were randomly assigned to receive 40 weekly infusions of either the standard EDTA chelation solution or placebo delivered intravenously (through the veins). The patients were followed for an average of four years. Ethylenediamine tetraacetic acid, or EDTA, is a synthetic amino acid that is approved by the FDA for removal of toxic metal ions such as lead. Repeated EDTA administration is thought to reduce atherosclerotic plaque and other mineral deposits throughout the cardiovascular system, especially the hardened arteries around the heart.

The results of this clinical trial were first presented at the American Heart Association’s 2012 Annual Scientific Sessions and later published in a number of prestigious peer-reviewed journals.[6,1-3] The study’s lead researcher, Dr. Gervasio Lamas, MD, is the Chairman of Medicine at Mount Sinai Medical Center and Chief of the Columbia University Division of Cardiology at Mount Sinai Medical Center.

Dr. Lamas explained how chelation therapy showed benefit for the prevention of heart attack, stroke and death in patients with existing coronary artery disease. “There is a significant reduction in the primary endpoint of death, myocardial infarction, stroke, coronary revascularization, or hospitalization for angina, with EDTA chelation compared to placebo,“ said Dr. Lamas in his presentation.[7]

Overall, those getting the EDTA chelation had 18% fewer cardiovascular complications than those in the placebo group. Those with diabetes did even better; they had a 39% reduction in deaths, hearts attacks, strokes, hospitalization for chest pain, and medical procedures to restore normal blood flow to the heart.[6]

Furthermore, Dr. Lamas and the other researchers told the audience at the American Heart Association conference that the therapy appeared safe and was well tolerated, despite what some opponents claim.[7]

In 2007, over 100,000 patients in the US underwent EDTA chelation therapy. Exactly how it works to reduce deaths and cardiovascular complications in those with heart disease and atherosclerosis is still not completely understood. Chelating agents are molecules surround and bind metal ions. EDTA binds and removes metals in the body such as calcium, zinc, iron, copper, lead, arsenic, cadmium, and aluminum. One hypothesis is that the removal of heavy metals and excessive iron and copper results in the reduction of free radical production and a decrease in oxidative stress, which is a big contributor to the development of atherosclerotic plaques.[4]

Is EDTA Chelation Therapy for You?

Today, a small group of integrative physicians all over the world are specially trained in the use of EDTA chelation for the treatment of a wide variety of chronic degenerative diseases associated with vascular problems. If you’ve had a heart attack, are facing possible bypass surgery or angioplasty, if you have diabetes, or if you’ve been told you have atherosclerosis or coronary artery disease, you may be just the right candidate for chelation therapy. You will need to work with a knowledgeable physician who has gone through a training program such as that offered by the American College for Advancement in Medicine (ACAM). EDTA chelation is almost never used alone; it is usually combined with other intravenous nutrients along with nutrition therapies and lifestyle changes.

This post originally appeared in 2015 and has been updated.