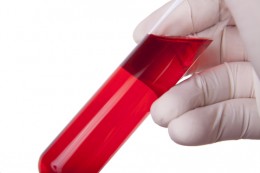 Do you know which outdated myths still dominate the cholesterol theory and why having high cholesterol readings doesn’t mean you’ll suffer a heart attack or having ‘safe’ levels doesn’t mean you won’t? In part 1 of this series, you were introduced to the idea that major assumptions still drive standard thinking about cholesterol readings, despite the fact that they are disproven and outdated. Now, in part 2 of this series, you will learn more lipoproteins and these outdated ways of thinking about cholesterol.

Lipoproteins are the carriers that help transport fats and waxy cholesterol around in the blood and deposit them in the cells of tissues, where they are needed to perform essential functions. Lipoproteins package and transport fats and cholesterol through the blood and act as signals to direct the cholesterol and fats they carry to certain tissues. They are categorized in two different ways, by the density of their proteins and by the types of proteins incorporated within them Whether or not the lipoprotein particle gets taken up by the wall of the artery and sets the stage for plaques to form depends – not on the cholesterol it contains – but on the type of lipoprotein, which is determined by its size, density, and protein types (apolipoproteins) incorporated within it.

The truth is that it is lipoproteins, not cholesterol, that interact with the walls of the arteries and set in motion the cascade of events that leads to atherosclerosis. Cholesterol molecules are just “passengers” but the lipoprotein particles actually drive plaque formation. Let’s look a little more closely at how this works, using low density lipoprotein (LDL) cholesterol as the example.

One outdated, untrue assumptions about cholesterol is that all LDL particles are identical to other LDL particles and unchanging, and vice versa, all HDL particles are identical and unchanging, etc. In fact, not all LDL has the same low density and performs the same plaque-generating functions and not all HDL has the same high density or performs the same beneficial functions. Each of the lipoprotein particles that carry cholesterol (HDL, LDL, and others) actually comes in many forms, densities, and sizes, and is associated with a number of different proteins (called apolipoproteins) which are associated with vastly different risks and benefits. What’s more, these lipoproteins are constantly in flux, changing shape and form and function to fit the body’s needs and respond to its signals.

Other factors are more important for heart disease risk

Another one of the outdated assumptions still being recognized as theory is that total cholesterol, HDL, and LDL cholesterol are the most important major risk factors for heart disease. We now know about many other factors that are likely just as, or more, important, than these. In fact, cholesterol is only one factor (and not even the most important) of many that contribute to your risk of getting heart disease. The medical establishment calls these other factors, such as inflammation, insulin resistance, and lipoprotein particle profiles, as “emerging risk factors” even though studies have shown that they are much better predictors of heart disease than total cholesterol or so-called “LDL cholesterol”.

This newer information about cholesterol and the lipoproteins that carry it helps explain why standard cholesterol tests do a poor job of truly predicting who will suffer a heart attack or stroke. The truth is that 50 percent of people suffering from heart attacks have “normal” cholesterol readings based on the standard cholesterol testing. What is now known about cholesterol and the lipoproteins that transport them is changing the old theory, although mainstream medicine is slow to catch on. The story is becoming more complex, but it’s also providing more information from which you can really understand your risk and take specific action.

More advanced cholesterol tests are now widely available which go way beyond standard tests in their ability to accurately assess all your lipoprotein particles as well as your apolipoproteins. These newer tests do a much better job at determining your true risk for heart disease, especially if they are done in conjunction with tests for inflammation and other markers not directly related to cholesterol. You have the power to ask your doctor to order one of these tests for you, or order one for yourself.