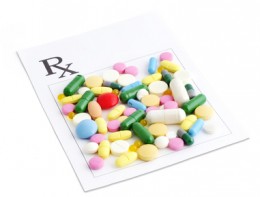 Remember the song from Mary Poppins? “A spoonful of sugar helps the medicine go down…” Apparently Americans are singing that tune! New research published in the journal ACS Chemical Neuroscience reveals that pharmacies in the United States dispensed more prescription drugs in 2011 than ever before; the number increasing from 3.99 billion prescriptions in 2010 to a record 4.02 billion in 2011.[1]

According to the research, approximately one-third of the total $319.9 billion spent on prescription drugs in 2011 was focused on five therapeutic areas: oncology, respiratory agents, lipid regulators, anti-diabetics and antipsychotics. One of the cholesterol-lowering statin drugs, Lipitor®, was the top-selling medication with $7.7 billion in sales. Sales of antipsychotic drugs (used to treat depression, anxiety, bipolar disorder, etc.) increased  $2.1 billion (13.0%) over the previous year and three of these drugs – Abilify®, Seroquel® and Zyprexa® – accounted for more than 65% of the total $18.2 billion spent on antipsychotics. Interestingly, children were not “immune” to the rise in prescriptions as the use of medications to treat Attention Deficit Hyperactivity Disorder (ADHD) increased by as much as 17%. These are all one year increases!

While it is doubtful that serving medications with sugar has anything to do with the increase in prescription sales (although many medications do contain high fructose corn syrup), there must be something contributing to the rise of all this pill popping! If you take a close look at the list, you’ll probably recognize some of the drug names. That’s because many of these top-selling medications are the same drugs widely advertised in television commercials and magazines.

Although advertising plays a role in the type of drug chosen to treat a condition, it does not explain why so many people are developing chronic disease in the first place. It is shocking to realize that doctors in the U.S. encountered patients so depressed that over 264 million antidepressant prescriptions were filled in 2011. That makes antidepressants the most prescribed class of drugs in 2011. Equally shocking is to think that almost 20 million Americans regularly use a cholesterol medication.[2] The bottom line is that something in the American lifestyle is causing poor health. And what can you do to keep from becoming a victim yourself?

[2]  The Use of Medicines in the United States: Review of 2011. Report by the IMS Institute for Healthcare Informatics.