Home » Daily » Heart Health » Is Your Doctor Ignoring Your High Triglycerides? Are You? 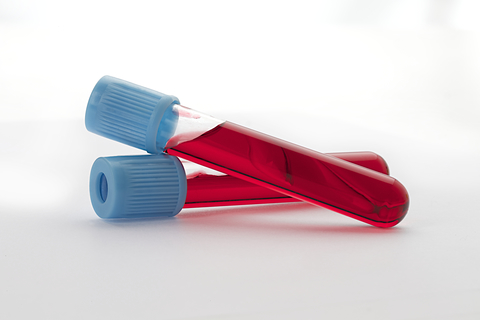 Triglyceride levels are measured from a blood sample.

If your triglycerides are abnormally high (over 150) ideally you and your doctor had a discussion about what triglycerides are, why they are dangerous, and what can be done to reduce them. Unfortunately, many doctors pressed for time will focus on cholesterol and skip the discussion of high triglycerides altogether. This is a mistake.

More than 33 percent of adults in the United States have high triglycerides, as defined by a serum level of 150 mg/dL or greater.[1] Triglyceride levels are measured from a blood sample taken when you have been fasting and are classified as follows:

Many integrative and natural medical practitioners like to look at levels in terms of what is optimal rather then what is normal for the population. In the case of triglycerides, an optimal level is less than 100 mg/dL, while anything 150 mg/dL or greater is abnormally high. Even conventional medical associations like the American Heart Association now recommend that 100 mg/dL replace 150 mg/dL as the upper limit for the “optimal level” for triglycerides.[2]

Why Are High Triglycerides Dangerous?

Excess triglycerides take part in plaque formation inside the walls of arteries, clogging the arteries and leading to atherosclerosis and its associated problems.

The most current evidence, recently reviewed and summarized by Mayo Clinic researchers, suggests that high triglycerides are associated with increased risk of cardiovascular death, cardiovascular events, and heart attacks.[3] This means that high triglycerides increase your chance of having a stroke or heart attack, fatal or not. They increase your risk of heart disease (coronary artery disease) and the likelihood you’ll end up having heart surgery.  And they increase your chances of experiencing cardiovascular symptoms like chest pain, fatigue with exertion, or leg pain with walking.

To make matters worse, high triglycerides are often accompanied by low levels of HDL. This is especially true if you have the prediabetic condition known as insulin resistance. In addition to the increased risk of diabetes, your chances of developing coronary artery disease are thought to be even higher if you have both high triglycerides and low HDL.

The primary cause of high triglycerides is dietary excess of added sugar, fructose, saturated fat, trans fat, and alcohol. Insulin resistance, pre-diabetes, diabetes, obesity, and sedentary habits all cause or exacerbate high triglycerides. Additional causes include hypothyroidism, kidney disease, and drugs such as beta blockers, oral contraceptives, and corticosteroids.

The most common conventional treatments for high triglycerides are drugs known as fibrates. Although these drugs (such as clofibrate and fenofibrate) have been shown to reduce the risk of “vascular events” studies have found that they are associated with a significant increase in the rate of dying from any cause. Because of this, even conventional researchers recommend lifestyle changes as the mainstay therapy for high triglycerides.

You can read about natural, lifestyle-based treatments for reducing triglycerides in our other articles here:

Give some of these natural strategies a try and when you see your doctor again, watch those high triglyceride numbers drop.

This blog was originally posted in 2012 and has been updated.