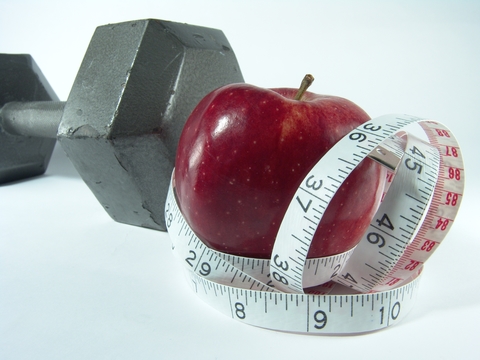 To reduce cholesterol without medication, you may find it easier to start exercising regularly, for instance, than to change your diet, or vice versa.

But what if you’re more successful at one or the other? You may find it easier to start exercising regularly, for instance, than to change your diet, or vice versa.

Can You Really Lower Cholesterol Without Medication if You Don’t Change Your Diet?

The Duke researchers designed a study in which 204 sedentary, overweight subjects were randomized to one of three supervised aerobic exercise programs for six months. There was also a control group that remained inactive. Subjects were instructed not to change their baseline diets or weight during the trial.

All the subjects were considered high risk for developing cardiovascular disease because they were either overweight or mildly obese and they had mild to moderate cholesterol abnormalities (either high LDL cholesterol (130–190 mg/dL) or low HDL cholesterol (< 40 mg/dL for men, or < 45 mg/dL for women)).

The subjects’ normal diet patterns were closely scrutinized and rated on how much they strayed from the ideal American Heart Association’s recommended diet.

There was a ramp-up period of two to three months to allow subjects to adapt to their exercise prescription, followed by six additional months of supervised training at the appropriate exercise prescription. The researchers speculated that for those in the high amount/vigorous intensity exercise group, diet wouldn’t have much effect on cholesterol, but that for those in the low amount/moderate intensity and low amount/vigorous intensity groups, diet patterns would be more influential on cholesterol.

Results Show How to Reduce Cholesterol Without Medication or Diet Change

What the researchers found, however, was that ALL the exercise groups experienced significant improvements in their cholesterol after the 9 months were up: LDL, HDL, and triglycerides all improved. Specifically, the exercise groups all experienced statistically significant improvements in the amount and average size of LDL particles, the amount of HDL cholesterol, the average size of HDL particles, and the level of triglycerides.

Not surprisingly, the subjects’ diets were, on average, too high in total fat and saturated fat, and too low in fiber and omega-3 fatty acids, according to the researchers. But there was wide variation in people’s diet patterns overall, and, interestingly, even those subjects that strictly adhered to the American Heart Association’s recommended healthy diet did not show greater cholesterol improvements.

In terms of the subjects’ weight, over the 9-month study period, the control group had a slight increase in body weight, whereas the body weights of the subjects in the treatment groups decreased modestly. Those in the high-amount/vigorous intensity group lost the most weight, about 4.5 pounds, while those in the other two groups lost an average of about 1.5 lbs.

Can the AHA Diet Be Somewhat Counterproductive in Efforts to Lower Cholesterol?

Surprisingly, there are no previously published clinical trials that examine the combined effects of the American Heart Association’s recommended diet with exercise on cholesterol.

The researchers offered very little in way of explanation as to why diet didn’t seem to affect cholesterol, but stressed that their results “…should not be interpreted to mean that exercise negates the importance of a good diet in lipid management.”

Could it be that portions of the American Heart Association’s recommended diet are not helpful for improving cholesterol, and not the best approach for reducing the risk of heart disease?

Certainly, that is the opinion of many integrative physicians who specialize in cardiovascular disease and teaching patients how to reduce cholesterol without medication, such as Dr. Dean Ornish, Dr. Stephen Sinatra, and Dr. Joel Fuhrman.

Why would that be the case? One reason would be because the AMA diet still contains a recommendation for daily consumption of “Fiber-rich whole grains: At least three one-ounce-equivalent servings a day.” Unfortunately ALL grains, including whole-grain, can elevate your insulin levels.

In fact, Dr. Mark Hyman reports that two slices of whole wheat bread raises your blood sugar more than two tablespoons of table sugar. Certainly these kinds of blood sugar spikes would be counterproductive to someone trying to control their own cholesterol levels with diet.

The study authors did recognize that their diet pattern scoring did not account for every dietary influence on cholesterol, such as amounts of sweetened drinks, fruits and nuts, or the glycemic index of carbohydrates.

These and other dietary factors have also been shown to influence lipids and cardiovascular disease risk, but are not addressed in the American Heart Association’s recommended diet.

How to Make This Data Useful for You

Although it’s not possible to duplicate the exact exercise programs prescribed in this study, the main message is that any aerobic exercise, even relatively low amounts at moderate intensity, such as 30 minutes of brisk walking, can make a difference in your cholesterol levels. You’ll get benefits whether you also change your diet or not.

Diet-wise, the American Heart Association’s recommendations may not be enough to truly make a difference. Clearly, there’s much still to be learned about diet, exercise, and cholesterol. For many people, a combination of diet, exercise and targeted nutritional supplements gives them the best chance for effectively and quickly lowering cholesterol without medication.

For a clear discussion on all the available options, see our comprehensive guide on heart health. And get moving!