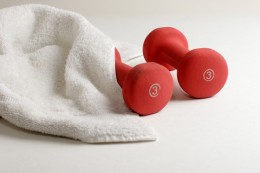 Many people expect muscle pain or soreness when exercising. After all, it’s common to have some degree of achiness after a good work out. No pain, no gain – right?  While this may be the motto of athletes, if you’re taking a cholesterol-lowering statin drug, muscle pain while exercising could actually be a warning sign.

Virtually all drugs have side effects, and statins are no exception. Of the more than 20 million Americans who are taking statins, “at least 10% of them will experience some degree of muscle achiness or fatigue. That proportion rises to at least 25% among people taking statins who regularly exercise and may be as much as 75% or higher among competitive athletes.”[1]

But, ignoring the symptoms of statin side effects can be especially harmful for people who exercise. For years, doctors have known that the cholesterol-lowering drugs can cause muscle aches, soreness, fatigue and weakness in patients. But, what is not so widely known is that in some cases, taking statin drugs can cause dangerous rapid muscle breakdown.[2]

Scientists in France published research about the effects of statins in skeletal muscle. What they found is that physical exercise exacerbates cell damage.  The scientists separated two groups of rats and gave one group Lipitor for two weeks while the other group was not medicated. To study the effects on muscles, the rats ran on tiny treadmills.  The medicated rats could not run as far and they became exhausted much earlier than the non-medicated group. On the cellular level, oxidative stress was increased by 60% in the rats provided Lipitor. Bottom line – the drug made running harder and more damaging for the rats.[3]

What You Need To Know If You’re Taking a Statin Drug:

[1] Reynolds, Gretchen, “Do Statins Make It Tough To Exercise” from  NYTimes Online.

[4] FDA: The clinical use of (statins) and associated depletion of coenzyme Ql0