Home » Daily » Heart Health » Eggs and Cholesterol: Are Eggs Bad for You? 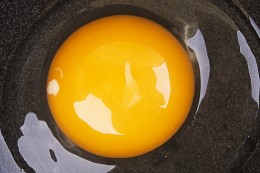 Few foods are as controversial as the humble egg. Some research shows they’re a healthy addition to the diet, while other studies advise against them.

Researchers used data from two completed randomized trials: 20,703 men from the Physicians’ Health and 36,295 women from the Women’s Health Study.[1] Compared with people who ate no eggs, people who ate more than one egg per week were at increased risk for type 2 diabetes. As the number of eggs per week increased, so did the diabetes risk, with those eating seven or more eggs per week (more than one a day) at significantly increased risk.

The Risk of Eggs and Cholesterol-Laden Foods

Evidence linking eggs and cholesterol-containing foods to increased risk of strokes has also surfaced in recent studies. The build-up of atherosclerotic plaque in the carotid arteries in the neck is the primary cause of strokes. To determine if the carotid artery damage was related to egg intake, Canadian researchers assessed the amount of carotid artery plaque in 1,272 patients.[3] They also analyzed the effect of smoking to provide perspective on the how much effect the eggs had.

The amount of carotid plaque increased exponentially with egg consumption just as with smoking. People consuming less than two eggs per week had significantly less total plaque in their carotid arteries than those consuming 3 or more eggs per week after adjusting for age and other risk factors. The researchers suggested that “consumption of egg yolk should be avoided by persons at risk of cardiovascular disease.”

In another recent study on stroke risk, researchers from the Cleveland Clinic examined the relation between foods that are major protein sources, including those foods high in cholesterol, like red meat, and risk of stroke.[4] They followed over 100,000 people for 22 to 26 years, repeatedly assessing their diets and looking for any association between protein sources and incidence of stroke.

In addition to a possible increased risk of diabetes and strokes, studies suggest that higher consumption of eggs and cholesterol-containing foods like red meat is linked to increased risk of various cancers. Norwegian researchers compared 3,539 cancer cases and 2,032 controls between 1996 and 2004.[5] Compared to low egg intake (less than 3.5 eggs per week), high egg intake (more than 3.5 eggs per week) was associated with a significant increase in the odds of many kinds of cancers, including colon, lung, breast, prostate, and all cancers combined.

The investigators made sure to take into account the subjects’ age, sex, smoking, alcohol intake, intake of fruits and vegetables, grains, dairy products, fatty foods, meat, energy intake, BMI, and other factors. As to why the association between eggs and cancer exists, “…the most plausible explanation involves the high cholesterol content of eggs,” according to the study authors.

Of all the foods high in cholesterol, red meat is most associated with increased cancer risk. Nearly all observational studies have found a link between high meat consumption, especially red and processed meat, and cancer, particularly colon cancer. Some studies have also shown a link between red meat and breast, prostate, lung, and other cancers.

While it is known that nitrates and nitrites in processed meats and heat-generated carcinogens in cooked meats such as grilled, barbecued, or fried meats increase risk of cancer, the cholesterol content in meat may also be responsible for its cancer risk, studies show. When investigators from Canada’s Center for Chronic Disease Prevention and Control studied thousands of patients with various types of cancers, they found that the more cholesterol ingested through the diet, the higher the risk of many types of cancer, including stomach, colon, rectum, pancreas, lung, breast, kidney, bladder and lymphoma.[6] People who had the highest intake of cholesterol were 40 to 70 percent more likely to develop these cancers than people with the lowest cholesterol intakes.

Eggs and the Risk of Heart Failure

Lastly, eggs have been singled out, along with high fat dairy products, as a food that increases the risk of heart failure. Out of seven food categories (whole grains, fruits/vegetables, fish, nuts, high-fat dairy, eggs, red meat) intake of eggs and cholesterol-laden high-fat dairy were associated with greater heart failure risk, whereas intake of whole grains was associated with lower risk.[7]

Despite these observational studies linking eggs and cholesterol-containing foods, like red meat and high fat dairy, to various adverse long-term health outcomes, keep in mind that these studies do not necessarily point to eggs and other foods high in cholesterol as causes of these diseases. All that is now known is that there is an association between eggs and cholesterol-laden foods which remains even after research scientists apply statistical models to control and adjust for other factors, such as smoking, blood pressure, age, weight, lack of exercise, etc.

One factor that was not considered in these studies is a distinction between consumption of organic eggs from free-range chickens (chickens allowed to graze on a farm) versus non-organic factory-raised chickens. Before you decide to take eggs completely out of your diet, be sure to read part 2 of this article, so you will see some of the research and medical hypotheses supporting the inclusion of eggs in the diet.

Originally published in 2013, this post is regularly updated by the editors of University Health News.