Home » Daily » Heart Health » 17 CoQ10 Benefits You Can Enjoy Yourself 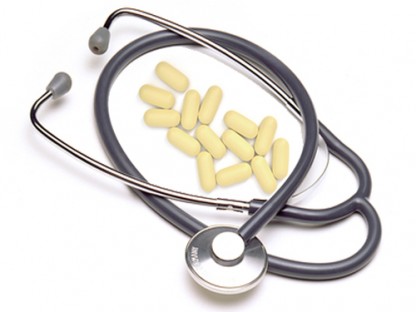 CoQ10, or Coenzyme Q 10, is a naturally-produced enzyme found in the mitochondria in every cell of your body. CoQ10 is needed to make ATP, the major energy source needed for cell growth, maintenance and to power several of the body’s biological processes. CoQ10 also functions as an antioxidant, which protects the body from damaging molecules.

CoQ10 can be obtained via food sources or as a nutritional supplement. Foods highest in CoQ10 include salmon, sardines, and beef liver.

A deficiency in CoQ10 can be caused by a number of factors, but the most common is use of the cholesterol-lowering statin drugs. Statin drugs work to lower cholesterol by inhibiting a liver enzyme called HMG Co-A reductase, thus reducing the liver’s ability to make LDL cholesterol. But, that same pathway that blocks LDL cholesterol also blocks the production of CoQ10.

Can you test your CoQ10 levels?

If you are taking a statin drug or have been diagnosed with a disease (listed above), you can ask your doctor to order lab work to test your CoQ10 levels. There are two lab tests your doctor can order:

However, lab testing is not absolutely critical to begin CoQ10 supplementation. In fact, CoQ10 testing is rarely ordered unless a patient is suspected to have some sort of mitochondrial disease or unexplained chronic fatigue syndrome. Most integrative physicians advise their patients who have dysfunction in any of these areas to take a “therapeutic trial” of CoQ10 without any sort of testing, especially if they are taking a statin drug.

What are the CoQ10 benefits?

CoQ10 is an extremely powerful natural immune booster; medical research has proven that CoQ10 benefits include use as a therapeutic treatment for these different conditions:

The CoQ10 benefits also include enhancing exercise performance. Several studies have found that CoQ10 supplementation (60–100 mg) improves aerobic power, anaerobic threshold, exercise performance, and/or recovery after exercise in both trained athletes and untrained individuals. In one study published in the Journal of the International Society of Sports Nutrition, supplementation with CoQ10 resulted in higher muscle CoQ10 concentration, maximal oxygen consumption, and increased time to exhaustion.[2]

Are there any drug interactions with CoQ10?

If you are taking any prescription medications, be sure to talk with your doctor or integrative physician before beginning a CoQ10 supplement. CoQ10 may interact with the following medications: