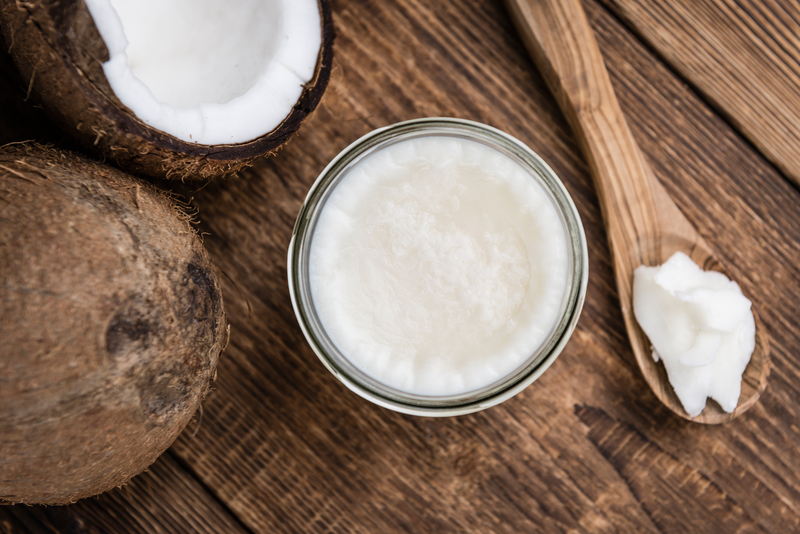 Is coconut oil healthy? Experts' opinions tend to split on this question.

Coconut oil has certainly carried a bad rap in the past—an artery-clogging, cholesterol-raising, heart-attack-causing saturated fat worse than butter or lard. Then it started getting promoted as the latest health food super-oil—an ideal cooking oil that enhances the flavor of foods. But coconut oil is a saturated fat, and since the government warns against the consumption of saturated fats to prevent heart disease, leading many to wonder: Is coconut oil heathy?

What’s the truth? Are all saturated fats “bad” fats? Is coconut oil good for the heart, or not? And what about the alternately good and bad reputations that coconut oil has had in the past? 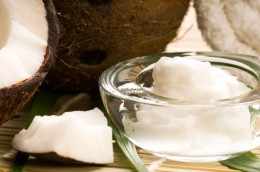 The coconut oil of yesterday used by restaurants and movie theaters for deep frying and popcorn popping was in fact ultra dangerous and unhealthy. But this was a highly processed form of coconut oil that had been heated and then hydrogenated to increase shelf life. So this processing produces the dreaded trans fats as well as destroying many of the good essential fatty acids and antioxidants found in the oil.

The kind of coconut oil of today that has charmed the health food world is unprocessed, “virgin” coconut oil that has not been subjected to the high temperatures and thus maintains intact a storehouse of beneficial nutrients.

For a plant oil, coconut oil is very unique; it makes up approximately 65 percent of the edible section of the fruit. And, coconut oil stays solid at room temperature because its composition is almost entirely saturated fat.

However, scientists and nutritionists are increasingly agreeing on a startling fact: just because the oil is a saturated fat does not mean it is bad for your health. Dr. Bruce Fife, ND, author of The Coconut Oil Miracle, believes the standard opinion on saturated fats is misguided as it does not take into account the positive health effects demonstrated by coconut oil.

“Due to their molecular structure, the medium chain fatty acids in coconut oil can increase the rate of fat-burning within the body,” Dr. Fife notes. ” his appears to have several effects on the cholesterol profile in the bloodstream, boosting HDL ‘good’ cholesterol while lowering LDL ‘bad’ cholesterol. The polyphenol content in the oil can also prevent the oxidation of cholesterol, an important step in the development of atherosclerosis (plaque in the arteries).”[1]

The truth is that multiple research studies have supported the claims that coconut oil does not induce heart disease, and in fact, can actually prevent it. Research published as far back as 1992 in The Philippine Journal of Internal Medicine notes, “The available population studies show that dietary coconut oil does not lead to high serum cholesterol or to high coronary heart disease mortality or morbidity.”[2]

A study published in the British Journal of Nutrition also verifies the health benefits. Researchers split study participants into two groups, feeding one group coconut oil and the other group soybeans. The research team found that coconut oil boosted the “good” HDL cholesterol levels, while the soybeans lowered them.[3]

Coconut Oil Fights Infection and Reduces Inflammation in the Body

Experts believe that inflammation is the primary culprit of the current rising trend of heart and brain diseases plaguing America. Dr. James O’Keefe, MD, director of preventive cardiology at the Mid America Heart Institute says, “Inflammation is the common denominator in nearly all of the diseases we deal with. Heart disease, diabetes, dementia—they’re all tied to inappropriate, low-grade, chronic inflammation.”[5]

Coconut oil contains two incredible fatty acids that can help reduce inflammation as well as fight infection in the body: