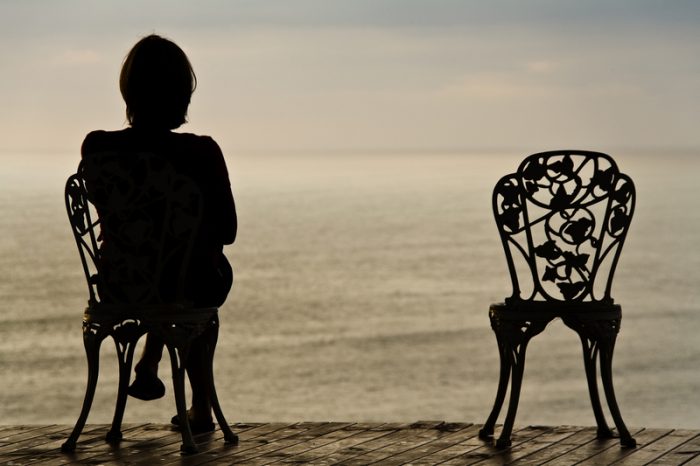 Is broken heart syndrome for real? It is indeed, and its symptoms can mimic those of a heart attack.

You lost a loved one, suffered through a divorce, or sent your eldest to college. Now, your heart is aching, your blood pressure is rising, and you’re feeling breathless. If you’re fit and healthy with no history of heart disease, you’re probably suffering from broken heart syndrome, a condition that imitates a heart attack.

Yes, in rare cases, it can be serious, but if your symptoms were caused by emotional triggers (e.g., immense grief, fear, anger, or shock) instead of physical stress (e.g., an asthma attack or surgery), you’re likely suffering from a reversible condition.

What Happens When You Have Broken Heart Syndrome?

Once the heart muscles have been stressed to the point of vasospasm (i.e., narrowing of the arteries due to frequent contraction of the blood vessels), the heart weakens, leaving its left ventricle—one of the four chambers of the heart—unable to pump properly. Other parts of the heart may try to make up for this dysfunction by contracting even more forcefully, resulting in abnormal pumping.

WHAT IS BROKEN HEART SYNDROME?

As a result, broken heart syndrome and heart attack share symptoms such as chest pain and shortness of breath. People suffering from broken heart syndrome symptoms may believe they’re having a heart attack. During a heart attack, however, blood clots or blockages form in the coronary arteries responsible for supplying blood to the heart. The most severe result of this lack of blood supply is death of the heart muscles. This can result in permanent damage which can, over time, lead to death.

According to the National Heart, Lung, and Blood Institute (NHLBI), however, “There’s no evidence of blocked coronary arteries in broken heart syndrome, and most people have a full and quick recovery.” In other words, their coronary arteries appear “normal” with no major clots or blockages, meaning there’s no long-term damage to heart muscles. When stressed, the heart cells are “stunned” by hormones like cortisol, which cause a person’s heart rate, blood pressure, and breathing to increase. In someone with broken heart syndrome symptoms, though, these cells aren’t killed as they would be during a heart attack. In most cases, as the NHLBI claims, “there is no lasting damage to the heart.”

A SYNDROME WITH MANY NAMES

According to the National Heart, Lung, and Blood Institute, broken heart syndrome is known not only as Takotsubo cardiomyopathy but as:

The jury is still out on what definitively causes broken heart syndrome because there’s little research available on the condition. That said, some experts believe that the condition results from exposure to severe physical or emotional stress.

A study published in the Journal of the American College of Cardiology found that 30 percent of cases of broken heart syndrome were caused by an emotional stressor. About 40 percent of patients with the condition experienced a physical trigger, and about 30 percent of the time, there was no discernible cause.

The following are examples of physical and emotional stresses:

What Happens When You Have Broken Heart Syndrome?

According to the National Heart, Lung, and Blood Institute, researchers think that “stress releases hormones that ‘stun’ the heart and affect its ability to pump blood to the body.”

The fact that the heart is merely being “stunned” implies that its negative effects are temporary. The reason the heart pumps irregularly when plagued by unexpected stress may be blamed on hormone surge, coronary artery spasm, or microvascular dysfunction, they claim.

Symptoms of broken heart syndrome affect more women than men and often appear within minutes of experiencing a major and unexpected stress. They include extreme chest pain and shortness of breath.

The symptoms are so similar to those suffered by people having a heart attack that many seek immediate medication for fear they’re experiencing a fatal blockage.

Unlike treatment for a traditional heart attack, there’s most often no need to operate on someone suffering from broken heart syndrome, says John Osborne, MD, PhD and Director of preventative cardiology and imaging at the Dallas Medical Center. “There’s nothing to open up, there are no blockages, so we don’t need stents or balloons or surgery,” he explains.

Unlike a typical heart attack, which is usually caused by a blockage in a large vessel, broken heart syndrome affects vessels that are so small they can be seen only with a microscope. These tiny vessels then “vasospasm,” causing injury.

WHICH JOB IS MOST AT RISK OF BROKEN HEART SYNDROME?

Firefighters hold one of the most stressful jobs. They rush into burning buildings. They lift heavy equipment, and inhale nasty fumes. It’s no wonder they have a high rate of cardiovascular disease. “They’re doing some pretty frightening stuff and are exposed to physical stress and emotional stress during their work,” says Dr. John Osborne of the Dallas Medical Center. “It’s felt that some of their increased risk of heart disease is due to that physical and emotional stress that’s part and parcel to their job.”

If a person is diagnosed with broken heart syndrome, his or her doctor will likely prescribe medication to help treat the symptoms. These drugs will aim to manage stress hormones, relieve fluid build-up, regulate blood pressure, increase blood flow, and prevent blood clots. As Osborne says, “All of these drugs help to improve the heart function, to squeeze the heart, help prevent heart failure down the road, and help the heart heal.”

Some helpful medications include:

The doctor also may recommend psychological counselling or associated medications to help deal with underlying emotional issues. “Obviously, if it’s an emotional trigger, we need to deal with that with the appropriate psychological treatment and therapy,” Osborne says.

According to a study published in the Journal of the American College of Cardiology, patients with broken heart syndrome—which is also known as Takotsubo syndrome—“had a comparable long-term mortality risk” with those who suffer from acute coronary syndrome. In other words, their risk of dying is similar to those who have a heart disorder.

While its effects can be severe, broken heart syndrome—especially the type caused by emotional stress—is most often a short-term, reversible condition that can be reversed. “For many of those people, the heart function will return to normal…and that occurs over days or weeks, and they have a very good prognosis,” John Osborne, MD, PhD and Director of Preventative Cardiology and Imaging at the Dallas Medical Center explains.

Those whose broken heart syndrome was triggered by physical stress (e.g., surgery), however, have a much higher risk of death. “Those individuals actually have a much greater risk of mortality and death, and also have a worse prognosis than patients where the trigger is emotional stress,” Osborne says.