Home » Daily » Gluten Free & Food Allergies » Why Is Gluten Bad for You? Gluten Side Effects Include Risk of Dementia 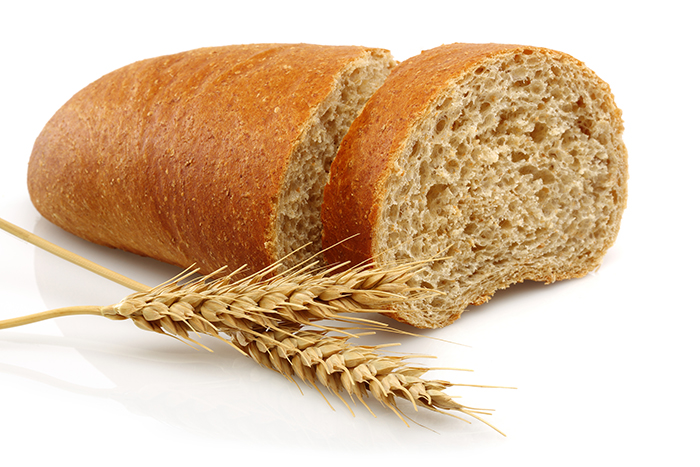 Think that morning bagel or pasta dinner is no big deal? Think again. Wheat contains gluten, which may be dangerous even to those that don’t have Celiac disease or a gluten sensitivity. But why is gluten bad for you?

Studies show eating gluten can cause brain disorders that could ultimately raise your risk of memory loss, dementia symptoms, and Alzheimer’s. With the rates of Celiac disease having more than quadrupled in the last 30 years, and with gluten intolerance now affecting an estimated 10 percent of the population, a gluten-free diet is an important consideration when it comes to brain health.

Most Gluten-Intolerant People Have No Digestive Complaints

Why is Gluten Bad For You? Research Shows Link Between Gluten and Dementia Symptoms

Although studies showing a direct connection between gluten intolerance are scant, some insight exists. In a 2006 study of 13 patients with progressive mental decline who also tested positive for celiac disease, three (23 percent) showed improvement or stabilization of dementia symptoms on a gluten-free diet. Also, 10 had ataxia, a neurological condition characterized by lack of balance, an extremely common symptom of gluten intolerance. Gluten ataxia is an autoimmune condition in which gluten side effects cause the immune system to attack and damage the cerebellum.

Although little research has been done directly linking gluten intolerance with dementia symptoms and Alzheimer’s, gluten’s effects on neurology in general are more established. Gluten side effects can profoundly affect the brain and nervous system, and has been shown to present as an exclusively neurological disease in many people.

Gluten’s Effects on Brain May Raise Risk of Dementia Symptoms

In one study, researchers linked gluten to neurological problems, including ADHD, in 51 percent of children with  gluten sensitivity. Other studies show gluten can trigger both inflammation and autoimmune attacks in the brain, both of which damage and destroy brain tissue and cause such symptoms as brain fog, autism spectrum disorders, learning disabilities, and loss of memory and cognition. Also, even if gluten causes inflammation elsewhere in the body, this is still bad news for the brain. Chronic inflammation in the body elevates levels of inflammatory compounds in the bloodstream, which brings these compounds to the brain where they can increase inflammation. Due to highly developed communication between the brain and the digestive system, the brain’s own inflammatory system responds to inflammation in the gut. So even if a person’s symptoms of gluten intolerance are primarily digestive, the constant communication between the gut and brain relays these inflammatory signals to the brain, where they can promote neurodegeneration and hence raise the risk of dementia symptoms.

Gluten-Free Diet Improves Outcome of Dementia Symptoms for Some

If symptoms of memory loss or dementia become an issue, a gluten-free diet and other dietary strategies can’t hurt, and it’s potential for helping is statistically relevant. However, it’s even better to prevent memory loss and reduce your risk of Alzheimer’s by finding out whether you have an immune response to gluten. Tests commonly performed in doctor’s offices have a low accuracy rate. The best test is to remove gluten from your diet for at least a month and see how you feel (although some people take as long as nine months to notice benefit because gluten’s effects on the immune system are long-lasting). However, Cyrex Labs and EnteroLab are two labs that perform more sensitive testing for gluten intolerance. And with EnteroLab, no doctor’s order or prescription is necessary.

Other Gluten Side Effects

Gluten has been associated with a wide variety of health concerns. Read more in the following blogs:

How to Eliminate Gluten

With so many reasons to cut gluten from your diet, it’s worth giving it a try. The first step to learn what foods have gluten. Here is an excellent resource on identifying gluten-containing and gluten-free foods. Once you know what you’re looking for, clean out the pantry and get rid of anything that contains gluten. (You might be surprised by where it’s hiding!) Then stock up on some of the wonderful alternatives (whole-food alternatives, not processed gluten-free foods). Be sure to come back and share your experience with gluten free side effects in the comments section below.

[1] Can you have celiac disease if you don’t have diarrhea? By Jane Anderson, About.com Guide. Updated December 20, 2011.