Home » Daily » Eyes, Ears, Nose & Throat » Flu Season: How Long It Lasts—and How to Survive It 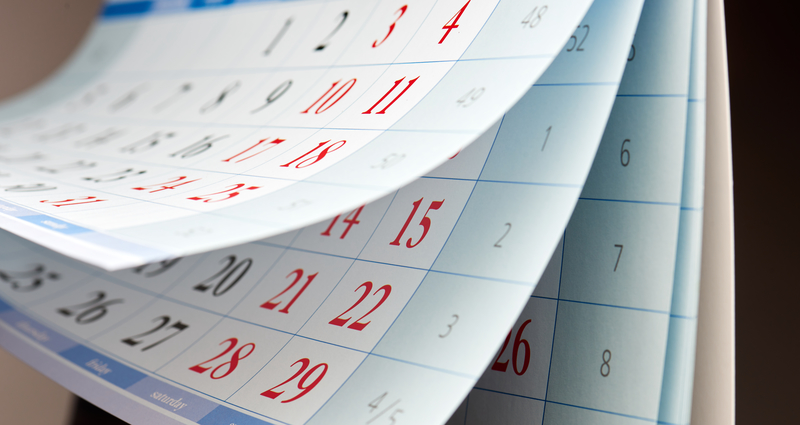 How long does flu season last? Typically, you'll hear October through March, but it can start earlier than that and extend into summer, the Centers for Disease Control says.

“During the 2017-2018 season, the percentage of deaths attributed to pneumonia and influenza (P&I) was at or above the ‘epidemic’ threshold for 16 consecutive weeks,” according the Centers for Disease Control and Prevention (CDC). During the past five seasons, the average number of weeks this indicator was above threshold was 11.”

In 2018-19, the flu season reared its ugly head early, with news of five children who died from a deadly viral strain in October and November. And December brought more bad news, with flu-related deaths announced in Mississippi, Montana, and North Carolina—plus multiple flu-related deaths in San Diego County in California—during the first week of the month.

Individual states typically have a flu surveillance tracking page online as well, as posted by Department of Health or Health & Human Services divisions. Here are just a few examples, with a full directory link below:

So How Long Does Flu Season Last?

Most experts define the flu season as October through March, but it can drag on into summer and beyond. “Influenza viruses circulate year-round,” the Centers for Disease Control and Prevention (CDC) notes. “[While] flu activity peaks between December and February, activity can last as late as May,” according to the CDC.

Clearly, we need to be increasingly aware of how to protect ourselves from the spread of flu viruses. It starts with staying knowledgeable. There are all kinds of resources that keep us updated on what’s happening. The CDC, for example, offers a Flu Activity & Surveillance home page through which you can access the following:

How to Survive Flu Season and Beyond

Besides staying informed on flu outbreak trends, there are personal steps you can take to protect yourself. The first and most obvious strategy: a flu shot. It’s become controversial because of widely publicized effectiveness rates that are lower than people would expect. In 2017-18, for example, the CDC reported an effectiveness rate of around 35 percent.

Typically, effectiveness rates of the annual flu vaccination vary between 40 and 60 percent. Despite the below-average performance in 2017-18, experts still insist that you’ll give yourself a better chance of avoiding the flu by getting the vaccination.

“For the most part, an influenza vaccine is always a good idea,” says Dawn Turner, D.O., Attending Physician/Emergency Medicine at MedPost, Detroit Medical Center’s urgent care partner. “Even if it isn’t as effective for a particular year, it still gives you some immunity to the virus. In that way, even if you do contract influenza, you will not get as sick,and will get better faster, than if you didn’t have the vaccine at all.”

Can the Flu Shot Make You Sick?

Despite the medical community’s advice to get flu-vaccinated, a large portion of the public remains skeptical. In early December 2018, a survey conducted by NORC at the University of Chicago revealed that 41 percent of adults had not yet been vaccinated and did not intend to do so.

When asked why they were declining to get vaccinated, adults were most likely to cite concerns about:

You’ve no doubt heard people say (or have found yourself thinking), Just getting a flu shot can make me sick, can’t it? Actually, no, as Dr. Turner explains.

The vaccination “is a killed virus and cannot give you the flu,” she says. “As with any vaccine [you get], it is normal to have mild soreness or redness around the injection site. Also, a mild fever or body aches may develop for one to two days, but that’s only a normal immune response—and not the flu itself.”

So how do you navigate flu season within a population that’s only part vaccinated, and where the flu shot may not be effective in half of those who do get one? The best advice is to practice good health habits.

SIGNS YOU HAVE THE FLU

If you feel as if you’ve contracted a flu virus, which symptoms tell us it’s serious—and might require a doctor visit?

And, she adds, take “extra caution—and [have] a lower threshold for seeing the doctor—with those who are under 2 years old and over 65 years old; with those who have chronic conditions like asthma or diabetes; and with people who have compromised immune systems.”

During the 2017-18 season, as people learned of the seriousness of the the year’s influenza strains, emergency departments were packed with people who had flu-like symptoms. James Bregman, MD, an Emergency Physician at White Plains Hospital in New York and a contributor to University Health News, dealt with the problem first-hand.

“My colleagues and I felt the brunt of a particularly harsh flu season, with 20 to 30 or more influenza cases each day in our medium-sized metro-area hospital,” Dr. Bregman wrote in a recap of the flu season. “All winter long, as the flu outbreak took hold, people came in tired, anxious, weak, stressed, and feverish. They were scared and required significant supportive care.”

Read Dr. Bregman’s recap of the 2017-18 flu season and how it affected he and his colleagues in our post Flu Outbreak: An ER Doctor Describes the Demands Posed by Influenza.

If your flu feels like one you can treat at home, consider the flu remedies in these two posts:

“It should be noted,” adds Dr. Turner, “that in order to have the greatest efficacy with anti-viral medications such as Tamiflu, they should be taken within 48 hours of symptom onset.”