Home » Daily » Energy and Fatigue » Why Am I Tired All the Time? Fatigue vs. Sleepiness 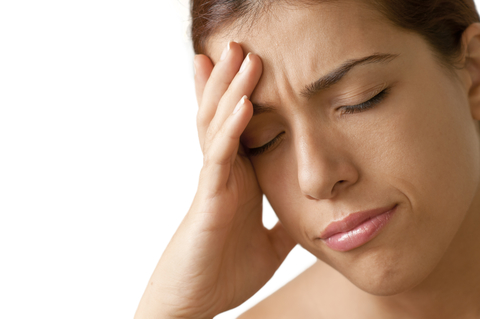 If you’ve been wondering “Why am I tired all the time?” you may be chronically sleepy, or fatigued, or both. If you truly want to understand why you’re so exhausted, and find a solution, it helps to know the difference between the two. Often some detective work is needed before you can regain your energy.

Tiredness symptoms are often used to describe both fatigue and sleepiness. In fact, the terms are often confused and, in reality, have plenty of overlap between them. The definitions and distinctions between them are blurry and difficult to make, even by doctors. However, fatigue and sleepiness are actually different conditions, and tiredness is more of a general word that can describe either fatigue or sleepiness.

Sleepiness is normal when it functions as the signal that triggers onset of sleep. Normal sleepiness or tiredness symptoms are part of healthy physiological functioning, depend on previous sleep, and occur at regular intervals following a circadian rhythm.

Abnormal sleepiness is associated with falling asleep or ﬁghting to stay awake at inappropriate times. If it persists for a few months or more, sleepiness is considered chronic and abnormal.

Excessive daytime sleepiness is one of the most common complaints made to sleep specialists. The excessive tiredness symptoms are not to be taken lightly. Excessive daytime sleepiness results in reduced quality of life and is associated with an increased risk of diseases such as coronary heart disease and strokes, and even with an increased risk of dying from any cause.[1,2]

Fatigue is defined as an overwhelming sustained sense of exhaustion and decreased capacity for physical and mental work at the usual level. Obviously, life itself becomes difficult when your body is too tired to move and your brain is too tired to think.

Unless you’re also suffering from disrupted sleep, fatigue is not usually accompanied by excessive daytime sleepiness that results in unintended lapses into sleep. In order to recover from fatigue, you need rest, not just sleep.

The severity of fatigue can also be determined using a standardized questionnaire called the Fatigue Symptom Inventory. An average score of greater than or equal to 3 indicates significant fatigue.

How to Boost Your Energy Levels

There are a variety of natural remedies that help boost energy levels without the side effects associated with the use of pharmaceutical drugs or the harmful stimulants found in many over-the-counter energy products. To learn more about these natural remedies and whether they may help you regain your vitality, see these posts:

This article was originally published in September 2012 and has been updated.