Home » Daily » Energy and Fatigue » Do You Have Post-Viral Fatigue? 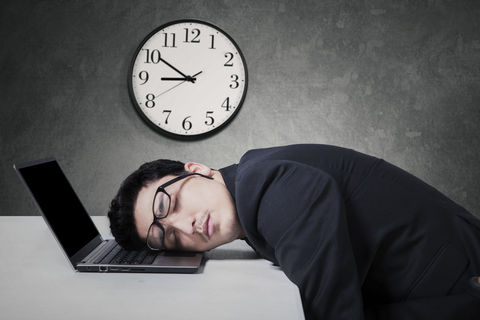 Fatigue is not only able to degrade your ability to perform and alter your adrenal stress response, but can also lead to the reactivation of herpes viruses.

Are you caught in a vicious cycle of stress, fatigue, and infections? Most of the time we think of extreme fatigue as being the result of an infection; hence the term “post-viral fatigue.” And we can easily see how post-viral fatigue syndrome can result from chronic stress.

Fatigue Can Cause Stress

But were you also aware that extreme fatigue is a cause of stress? And that both fatigue and stress lower the immune system? This makes you more susceptible to infections; and not only new infections, but also latent viral infections to which you have already been exposed. When you are under stress or suffering from fatigue due to any known or unknown cause, viruses that you were exposed to years ago can be re-activated and lead to even more post-viral fatigue symptoms.

Studies in fatigued and sleep-deprived medical residents, for instance, show that under these stressful conditions the herpes viruses are re-activated.[1] Researchers hypothesize that fatigue itself is a significant stress factor to the body. Fatigue is not only able to degrade your ability to perform and alter your adrenal stress response, but can also lead to the reactivation of herpes viruses. This, in turn, can lead to more fatigue.

Chronic fatigue syndrome (CFS), characterized by extreme fatigue that lasts for at least six months, is sometimes considered a post-viral fatigue and indeed the syndrome often follows a viral infection, such as infection with a herpes virus like Epstein Barr or a gut infection such as Enterovirus.[2]

Researchers continue working to better understand post-viral fatigue and the connections between the extreme fatigue in CFS and viral infections.  Even though the evidence for having been exposed to the common herpes viruses is no different in people with CFS from healthy people, researchers have found that in people with CFS the herpes viral infection may persists and the herpes viruses may continue to replicate in a manner that under normal circumstances is contained. This viral persistence is associated with a continuation of fatigue and other symptoms.[3]

The Role of Inflammation in Post-Viral Fatigue

Inflammation, another direct cause of fatigue, is also involved in the vicious infection-stress-fatigue cycle. CFS patients show higher blood levels of pro-inflammatory compounds called cytokines. The specific types and ratios of inflammatory cytokines found in the blood of CFS patients, such as IL-10 and TNF-α, indicate the presence of persistent bacterial, fungal, or viral infections. The underlying presence of a viral infection may be the cause of the post-viral fatigue and this excessive inflammation. Interestingly, researchers have found that the increase in pro-inflammatory cytokines such as TNF-α may also depict the presence of an inflamed gut or irritable bowel syndrome. They note that gut inflammation can then alter the central nervous system, another common finding in those with chronic, extreme fatigue.[4]

So, while no one may yet understand what comes first, it is thought that infections do play a role in many cases of chronic fatigue. And these infections are part of an even wider interconnected web of fatigue, stress, inflammation, and nervous system dysfunction.

The key to treating post viral fatigue syndrome is to break the cycle and treat the underlying infection while at the same time using natural medicines and treatments to support the underlying immune, inflammatory, and stress response systems. Integrative and naturopathic practitioners all over the world understand these connections and are helping patients beat their chronic fatigue.