Home » Daily » Energy and Fatigue » What Is Legionnaires’ Disease? The Outbreak at Disneyland 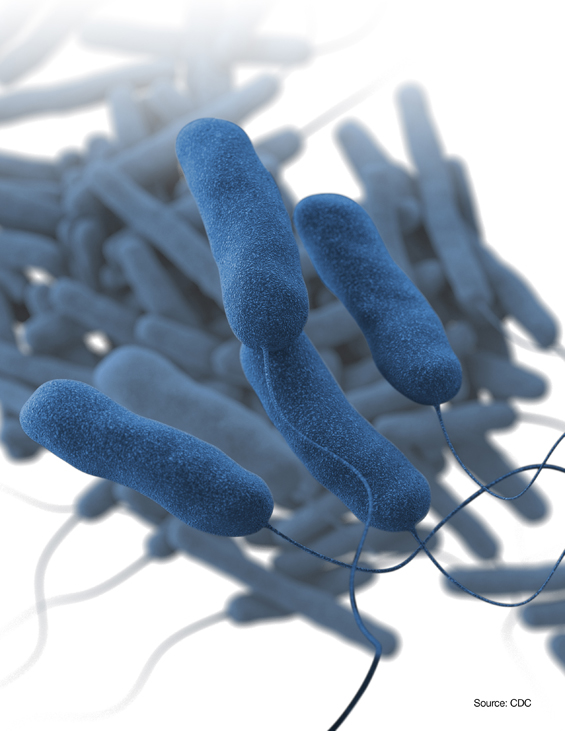 Each year, between 8,000 and 18,000 people in the U.S. are hospitalized with Legionnaire's disease, according to the Centers for Disease Control and Prevention.

“Disneyland shuts down cooling towers over Legionnaires’ cases” was the headline on Nov. 12, 2017, at CNN’s website—a news story that quickly hit all the major media outlets. To date, 12 people in the Anaheim, Calif., area were confirmed to have contracted Legionnaires’ disease, a serious and potentially lethal pneumonia. Nine of the 12 had visited Disneyland Park.

Dr. Pamela Hymel, chief medical officer for Walt Disney Parks and Resorts, revealed that two cooling towers were shut down and decontaminated, due to “elevated levels of Legionella bacteria.” Officials believe that there is no ongoing risk.

How Common Is Legionnaires’ Disease?

In the United States, there are an estimated 8,000 to 18,000 cases of Legionnaires disease every year, but most are unreported. Around 80 percent are sporadic (isolated) cases throughout the year, with around 20 percent being outbreaks occurring in the warmer months. In adults, up to 15 percent will require hospitalization; some will end up in the ICU (intensive care unit).

“In the United States, reported cases of Legionnaires’ disease have grown by nearly four and a half times since 2000,” according to the Centers for Disease Control and Prevention (CDC). “It is unclear whether this increase represents artifact (due to increased awareness and testing), increased susceptibility of the population, increased Legionella in the environment, or some combination of factors.”

What Is Legionnaires’ Disease, and How Dangerous Is It?

Legionnaires’ is a bacterial infection that was first recognized and named after an outbreak at an American Legion convention in Philadelphia in 1976. Caused by the bacteria Legionella pneumophila (L pneumophila), it is among a group of related bacteria that is a common cause of community-acquired and hospital-acquired pneumonia.

How dangerous is Legionnaires’ disease? The mortality rate among those who contract it is between 5 and 80 percent, but the average in an outbreak is 10 percent. The very young and the very old, the chronically sick (with lung disease, cancer, HIV), and those who acquired the infection in a hospital are most at risk of death. Mortality is increased when diagnosis and treatment with antibiotics is delayed. If acquired in hospital the death rate can reach as high as one in four.

Transmission occurs when contaminated water is inhaled (aspired) either in the form of aerosol droplets or water. Rarely, cases of Legionnaires’ disease in newborns have been reported following water births in a hospital. The infection is not transmitted person to person.

The Centers for Disease Control and Prevention advises, “Talk to your doctor or local health department if you believe you were exposed to Legionella, and you develop symptoms, such as fever, cough, chills, or muscle aches. Your local health department can determine whether or not to investigate. Be sure to mention if you spent any nights away from home in the last 10 days.”

As Legionnaires’ presents as a pneumonia or flu like illness, it is important to confirm the cause. Your doctor may order some investigations, including:

Who Is at Risk of Legionnaires’ Disease?

Most people who come in contact with the L pneumophila bacteria will not get ill, and if they do, it will be a vague flu-like illness. Some individuals are at higher risk of becoming unwell.

Signs and Symptoms of Legionnaires’ Disease

Most people who contract Legionnaires’ disease present with a pneumonia, two to 10 days after exposure. Symptoms include:

FYIPontiac fever is a milder version of Legionnaires’ disease that begins suddenly, presents with milder symptoms, and usually lasts less than a week.

Newborns (neonates) may present with a severe and rapidly progressing pneumonia or septicemia (blood infection).

Treatment and Prevention of Legionnaires’ Disease

If the doctor has a high level of suspicion of Legionnaires’ disease, or if the cause is confirmed, antibiotic treatment will be initiated promptly. The drug choice will be determined by lab tests and the individual’s age and condition. Treatment may be needed for five to ten days, longer in those with a weak immune system.

According to the Alliance to Prevent Legionnaires’ Disease, prevention of Legionnaires falls into two categories:

For more information on Legionnaires’ Disease, visit The Centers for Disease Control and Prevention, which offers comprehensive advice on the prevention and treatment of the condition.

If you own a hot tub or pool download this fact sheet, to learn how to keep it clean and reduce your risk of Legionnaires’ disease.