Home » Daily » Energy and Fatigue » Lack of Energy: Could That Be One of Your Adrenal Fatigue Symptoms? 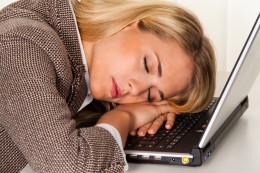 Have you heard the term “adrenal fatigue” and wondered if your excessive tiredness or chronic lack of energy could actually be adrenal fatigue symptoms? Natural and integrative medicine practitioners often use the term “adrenal fatigue” to name the complex array of symptoms related to dysregulation of the hypothalamic-pituitary-adrenal (HPA) axis. The HPA-axis is your body’s stress adaptation system and is one of your body’s most far-reaching networks of hormone, nervous, and immune system interactions. 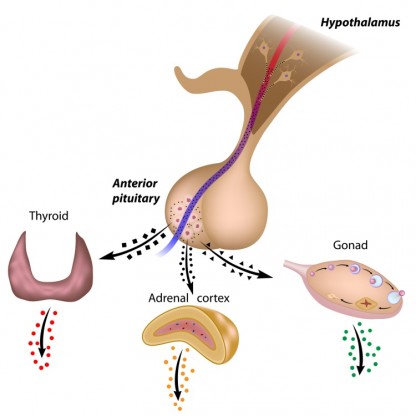 The many names for adrenal fatigue

While there are a lot of names used for adrenal fatigue in the medical literature, such as HPA-axis dysfunction, mild hypocortisolism, and burnout syndrome, adrenal fatigue is not one of them. Nevertheless, most integrative medicine practitioners and a growing number of conventional doctors understand “adrenal fatigue” to really be a syndrome with several stages and many different manifestations caused by dysregulation/dysfunction of the HPA axis. Adrenal fatigue symptoms, like lack of energy, are therefore indicative of a breakdown in your body’s stress response system.

The adrenal glands and their interactions with the hypothalamus and pituitary glands in the brain are responsible for the secretion of hormones vital to the control of the stress response. The HPA-axis is a carefully orchestrated production, synthesis, and communication of these different hormones, including the hormone cortisol. Cortisol affects blood sugar and insulin, heart function and blood flow, skin, bone, muscle, and blood cell production, immune response, and kidney function, among other body systems.

The early stages of HPA-axis dysfunction

Under usual circumstances your stress response is temporary, but under prolonged stress or increasing intensity of the stress, the HPA-axis no longer responds to hormone signals appropriately, leading to a prolonged stress response. In this state of prolonged stress, your adrenal “fatigue” symptoms are really the result of the adrenals over-reacting to try and combat the chronic stress. You may feel wired and simultaneously notice a lack of energy in this stage. The increased cortisol levels are linked to metabolic syndrome, overweight and obesity, fatigue, chronic inflammatory states, anxiety, insomnia, depression, and more (see list below).

The later stages of HPA-axis dysfunction

If the prolonged stress response persists, the adrenal glands and the entire HPA-axis may become so dysfunctional and exhausted that cortisol production becomes suppressed. Chronic fatigue syndrome is the classic condition in which the adrenal have become fatigued and HPA-axis is under-functioning. The two lists below describe adrenal fatigue symptoms in terms of these two stages of HPA-axis dysfunction; the initial stage of hyper-activation of the HPA axis and over-production of cortisol, and the later stage of HPA-axis hypo-function and low cortisol production.[1-4]

How do you know if you have adrenal fatigue and how do you treat it?

Our comprehensive guide Natural Remedies for Depression: Beating Depression Without Drugs has a thorough discussion of adrenal fatigue testing and treatment. Testing for adrenal fatigue is most often done by measuring cortisol levels in saliva at four different times during the day. Normal cortisol secretion is highest in the early morning, then sharply declines until early afternoon, and then declines more gradually until reaching its lowest point in the evening. By comparing your salivary levels at these four different times to normal, healthy levels, it’s possible to diagnose HPA-axis dysfunction. Treatment for lack of energy and other adrenal fatigue symptoms is always multi-pronged, involving lifestyle and dietary changes, stress reduction, and supplementation, including energy-boosting adaptogens.

Don’t let this debilitating condition cause you to be overcome with persistent lack of energy. A number of natural, non-drug therapies are available and can be found in the Adrenal Fatigue section of our Depression Comprehensive Guide.