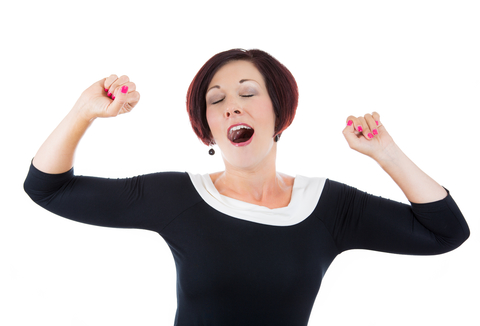 One chronic fatigue treatment found to be most helpful was CoQ10.

If you are suffering from chronic fatigue related to fibromyalgia, chronic fatigue syndrome, depression, or as a side effect of your statin medication, you may have a CoQ10 deficiency and supplementing with CoQ10 may be an effective chronic fatigue treatment for you. Low levels of this vitamin-like compound have been found in people with these and other fatigue-related disorders.[1-4] It should come as no surprise, then, that supplementing with CoQ10 can help resolve the fatigue related to all these disorders.

Even if you don’t have a CoQ10 deficiency, studies show it can treat your fatigue by improving energy production within the mitochondria of your cells.[1,2,5,6] In addition to supporting mitochondrial function, CoQ10 may also reduce fatigue as a result of reduced oxidative stress and inflammation, especially when combined with an anti-inflammatory diet, which is a diet high in fruits and vegetables and low in saturated fat.[7]

For 155 participants with at least six months of chronic fatigue for which no cause could be found, a 5-question fatigue score was determined at baseline, 6 months, and 2 years. The subjects reported which chronic fatigue treatment they tried, including prescribed medications, non-prescribed supplements and herbs, lifestyle changes, alternative therapies, and psychological support. The researchers tested the association of each chronic fatigue treatment with how the subjects’ fatigue improved or worsened over the two years.

If you’re suffering from fatigue, whether it’s related to chronic fatigue syndrome, fibromyalgia, depression, or statin drug side effects, you could very well have a CoQ10 deficiency. Even if you are not CoQ10 deficient, CoQ10 is very safe, reasonable supplement choice for chronic fatigue treatment. The most common effective dose used in studies is 100 mg taken three times daily. The dose required to counteract fatigue is at least 200-300 mg CoQ10 in a soft gel capsule per day. For information on other nutrient deficiencies related to fatigues as well as supplements that have been shown in clinical studies to be effective for chronic fatigue treatment, see 3 Top Nutritional Deficiencies as Fatigue Causes.

Have you found CoQ10 supplementation helpful for your fatigue? Have you found something that works better? We would love for you to share your experiences with CoQ10 as a chronic fatigue treatment in the “Comments” section below. By doing so, you can motivate other readers who are looking for effective natural remedies to fight their fatigue, too.