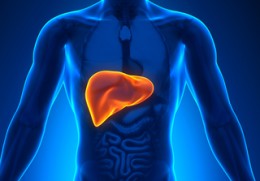 You could easily be one of the almost 20% of U.S. adults now in need of fatty liver treatment. Almost 30 million Americans now have diseased livers in the form of non-alcoholic fatty liver disease, according to a study recently published by researchers at Johns Hopkins School of Public Health.[1]

Non-alcoholic fatty liver disease, a condition in which fatty deposits accumulate in the liver, is now the most common cause of chronic liver disease in the U.S. The disease occurs when your liver has trouble breaking down fats, causing fat to build up in your liver tissue. Over time, this accumulated fat will cause the entire liver to enlarge. Liver cells eventually will be replaced by scar tissue, a condition called cirrhosis of the liver. In this condition the liver can’t work properly and you may develop liver failure, liver cancer, or liver-related death. So it is critical to know if you have a “fatty liver” and if so, begin immediately with the natural fatty liver treatment described here.

The study, published May 27, 2013 in the American Journal of Epidemiology, found that men, Mexican Americans, and people with diabetes and obesity are the groups most burdened by non-alcoholic fatty liver disease. The number of Mexican Americans in need of fatty liver treatment is 24%, compared to 18% of non-hispanic whites and 13.5% of non-hispanic blacks. The disease is more common in men (20%) compared with women (16%).

The researchers found that people with non-alcoholic fatty liver disease were more likely to also be suffering from diabetes and obesity. Fatty liver was also more common in people with abnormal cholesterol or insulin resistance, even if they didn’t have diabetes. Insulin resistance refers to the condition in which the body’s cells no longer respond properly to this blood-sugar regulating hormone, causing the pancreas to produce more and more insulin in an attempt to get the body to respond. It is often a sign of diabetes down the road.

When too much fat accumulates in the liver, it impairs the liver’s ability to detoxify toxins, remove cholesterol from the blood, and perform its other important metabolic functions at a normal healthy rate. Symptoms may not be present at first, but eventually vague symptoms such as fatigue, weakness, nausea, trouble concentrating, pain in the center or right upper part of the abdomen, and dark skin discoloration, usually on the neck or underarm area can occur.

Fatty liver treatment with natural medicines and diet and lifestyle changes can stop or reverse the disease. However, if fat continues to accumulate, eventually inflammation, scarring, and cirrhosis can develop, causing the liver to lose its ability to function. This can cause signs and symptoms such as fluid retention, muscle wasting, internal bleeding, and jaundice (yellowing of skin and eyes).

Decrease sugar, especially fructose. Studies show that decreasing intake of sugar, especially in the form of high fructose corn syrup, is imperative for fatty liver treatment.[2] Cutting down on other refined, processed carbohydrates besides sugar, such as foods made with white flour, is also extremely helpful. Overall, people with non-alcoholic fatty liver disease have been found to have nutritional deficiencies despite eating too much food and taking in too many calories.[3] Furthermore, fatty livers need extra antioxidants and anti-inflammatory nutrients from plant foods to combat the excessive damage occurring to the liver cells. For this reason, eating more fruits and vegetables, which are the foods richest in antioxidants and inflammation-fighting phytonutrients, is critical.

Milk thistle extract. Certain supplements have also been studied and found to be effective for fatty liver treatment. Milk thistle extract contains the medicinal compound known as silymarin, which is well-known for its ability to help heal the liver and has been found to be effective in treating non-alcoholic fatty liver disease.[4] Silymarin has been found to protect the liver from free radical damage, increasing concentrations of the body’s most powerful antioxidants, glutathione and superoxide dismutase. It also stimulates protein synthesis, resulting in the regeneration of hepatic cells and new liver tissue. Look for a milk thistle extract standardized to contain 80% silymarin and take at least 175 mg twice a day.

Vitamin E. Another effective supplement for natural fatty liver treatment is vitamin E.[5] In a large clinical trial published in the New England Journal of Medicine, fatty liver treatment with vitamin E supplements demonstrated significant improvement in fatty accumulation in the liver, inflammation, and liver enlargement, and resulted in resolution of fatty liver disease in a significant number of patients.[6] Participants took 800 IU per day of vitamin E in the form of alpha tocopherol.

D-limonene. D-limonene is an essential oil extracted from the peels of citrus fruits. It is a great fatty liver treatment because it helps prevents the build-up of fat in the liver while also preventing insulin resistance (pre-diabetes and diabetes).[7]