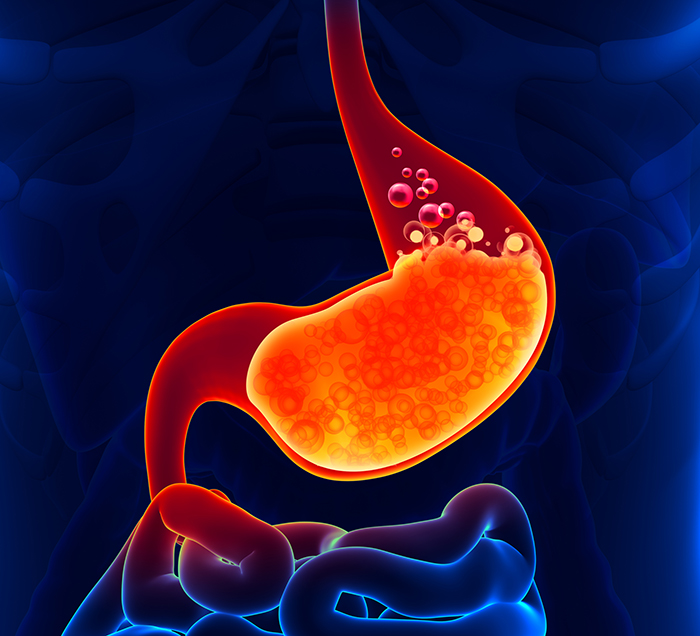 Based on a recent observational study published by JAMA Neurology, older adults who use proton pump inhibitors may be at increased risk for developing dementia .

Proton pump inhibitors (PPIs) are one of the most widely prescribed classes of medications in the United States. Many people take drugs like Nexium, Prilosec, Protonix, Prevacid, and Aciphex to control symptoms like heartburn, acid reflux, and indigestion.

What DOES A PPI treat?

PPIs block the secretion of gastric acid. They were originally designed to heal gastric and duodenal ulcers, but now they’re used to treat a multitude of problems in the upper gastrointestinal tract.

Stomach acid is necessary for health

PPIs raise the pH of stomach acid above the normal range. Although reducing the acidity of gastric juices can reduce symptoms, it also significantly blocks a normal body process. The manufacture and secretion of stomach acid is very important for at least five major reasons:

What is the cost of these drugs?

With chronic PPI use, these five important mechanisms are substantially blocked for long periods of time, with potentially serious consequences. Indeed, now that PPIs have been in use for more than 20 years and have become such popular drugs for long-term—even lifelong—control of upper GI symptoms, evidence of adverse effects related to chronic PPI treatment is increasing.

PPIs are now known to increase the risk of hip, wrist, and spine fracture; pneumonia; Clostridium difficile colitis; microscopic colitis; bacterial over-growth of the stomach and small intestines; vitamin/mineral deficiencies; serious electrolyte imbalances; and more. These significant side effects were not detected in the original safety trials.

Taking a proton pump inhibitor long term puts you at risk for deficiencies in some very important vitamins and minerals. The most researched nutrient deficiencies caused by PPIs are magnesium and vitamin B12.1 Each of these deficiencies has potentially serious medical consequences, not to mention disturbing symptoms.

Vitamin B12. A large study published in JAMA in 2013 confirmed what previous, smaller studies had found: that taking a high PPI dose or taking them for more than two years is directly associated with being newly diagnosed with vitamin B12 deficiency.2

By lowering gastric acidity, chronic PPI use causes vitamin B12 deficiency in two ways. First, it interferes with vitamin B12 absorption as vitamin B12 cannot be unbound from dietary protein without stomach acid. Second, it promotes bacterial overgrowth in the intestine impairing the absorption process.1

Vitamin B12 deficiency causes many vague symptoms including fatigue, depression, and neuropathy. Left untreated, it can lead to dementia, brain changes, degeneration of the spinal cord, anemia, and other complications, which may be irreversible. Vitamin B12 deficiency must be diagnosed early and managed appropriately to avoid serious complications.3

Unfortunately, most conventional doctors are not routinely testing for or treating vitamin B12 deficiency or recommending routine B12 supplementation to their patients on chronic PPIs, despite this recommendation from researchers.4

If you need to take PPIs chronically, ask your doctor to test you for vitamin B12 deficiency and take a B vitamin supplement containing B12, B6, and folate prophylactically.

Magnesium. Long-term PPI use is directly associated with magnesium deficiency and magnesium-related electrolyte derangement.5 Magnesium is a critical electrolyte and mineral essential for health, particularly in the brain, heart, and skeletal muscles.

As little as one year of PPI treatment can potentially deplete the body’s magnesium stores by up to 80%.6 The exact frequency of magnesium deficiency due to PPI use is unknown, but researchers believe it often goes unrecognized and underreported.6 The severe cases that get reported, they believe, may be just the “tip of the iceberg,” with milder cases of magnesium deficiency occurring far more often.7

The symptoms of magnesium deficiency can range from lethargy and leg cramping to seizures and life-threatening cardiac arrhythmias. Depression, anxiety, dizziness, and tremors may occur.
Muscle weakness, cramping, and lethargy are some of the most commonly reported symptoms in patients with PPI-induced magnesium deficiency.6

One of the most recently discovered adverse effects of long term PPI use is dysbiosis—imbalances in healthy bacterial flora— throughout the GI tract, from the esophagus to the colon.9 Evidence suggests that dysbiosis may contribute to a variety of diseases such as obesity10, type 2 diabetes11, inflammatory bowel diseases12, autoimmune disorders13, and allergies14.

Small intestine bacterial overgrowth (SIBO) is a common type of dysbiosis that involves an overgrowth of bacteria in the small bowel. The small intestines usually contain few bacteria and comprise the region of the GI tract where the majority of nutrients are absorbed. SIBO is a major cause of excess gas, bloating, diarrhea, constipation, abdominal pain, and other irritable bowel-type symptoms. More significantly, however, is the fact that SIBO damages the small intestines to the point where severe malabsorption, serious malnutrition and nutrient deficiency syndromes can occur.15 SIBO also increases inflammation and intestinal permeability, potentially leading to body-wide symptoms, mood symptoms, and multiple food intolerances.

Researchers have detected SIBO in a startling half of all PPI users and have found that PPI use for more than a year significantly increases the risk of SIBO.16

Nutrient deficiencies, dysbiosis, and SIBO—along with all their associated symptoms and negative health consequences—are only the tip of the iceberg when it comes to the dangers of PPIs. I focused on them because, although they can lead to serious medical problems, most conventional doctors don’t test for these side effects or ask their patients whether they may be suffering from their signs and symptoms.

Chronic PPI use is also associated with a number of other adverse effects, including an increased risk for fractures, C. difficile infections of the colon, pneumonia, and cardiovascular disease.
Pneumonia. PPI use is associated with an overall 1.5-fold increased risk of pneumonia. Surprisingly, the first month of PPI use is the most risky (more than a two-fold risk). PPI use also increases the risk for hospitalization for pneumonia by 61%.17 The lack of stomach acid is believed to contribute to bacterial overgrowth within the stomach caused by bacteria from the large intestine migrating upstream, reaching the throat and then lungs to cause infection.18

Fractures. Long term PPI use is well known to significantly increase the risk of fractures, especially of the hip and spine.19 This increased fracture risk occurs even for young adults taking PPIs.20 Researchers used to think that PPIs increased fracture risk by decreasing calcium absorption. The latest research, however, suggests a different mechanism. It’s now known that the normal process of bone remodeling involves a proton pump similar to the one blocked by PPIs. PPIs appear to affect this proton pump in addition to the one used to make stomach acid.21

C. difficile infections. When C. difficile bacteria overgrow in the large intestine, they release toxins that attack the intestinal lining, causing severe and potentially life-threatening inflammation and diarrhea. PPI use is associated with an increased risk of new and recurrent community- and hospital‑acquired C. difficile infections.22 The more potent and frequent the acid suppression with PPI’s, the greater the risk for C. diff infection.23 The increased risk may be due to the fact that acid suppression facilitates the growth of pathogenic flora in the colon. However, because the risk is actually greatest after just starting PPI therapy, researchers believe it must be due to other, lesser-known effects of PPIs.24

Cardiovascular disease. Stanford researchers found that PPI use is associated with cardiovascular risk. PPI users have a 16% increased risk for a heart attack and are twice as likely to die from heart disease compared to those not taking PPIs.25 The reason may be that PPIs adversely impact the function of the endothelial cells that line blood vessels, making blood vessels more rigid as well as promoting inflammation and clot formation.

Using PPIs to block acid in order to chronically treat indigestion and GERD just isn’t logical. What makes more sense is to address these issues and aid digestion through natural measures.
Things like overeating, obesity, and lying down too soon after eating increase intra-abdominal pressure thereby causing the gastric contents to flow upwards. Other factors, such as coffee, chocolate, fried foods, carbonated beverages (soft drinks), and alcohol, decrease the tone of the esophageal sphincter allowing stomach acid to reflux.

Try not eating within two hours of bedtime, eating smaller meals/portions, and eliminating these foods. Chew food thoroughly and try eating in a leisurely manner in a calm, relaxed atmosphere. Supplements such as betaine HCl, enteric coated peppermint oil, d-limonene, and chewable DGL (deglycyrrhizinated licorice) can also be helpful.

Restoring balance to the intestinal ecosystem with other dietary changes, pre- and/or probiotics, digestive enzymes, and other natural or medical antimicrobial treatments may also be helpful. I’ve seen these natural treatments decrease patients’ symptoms and allow many of them to reduce and then eventually stop taking their PPI.