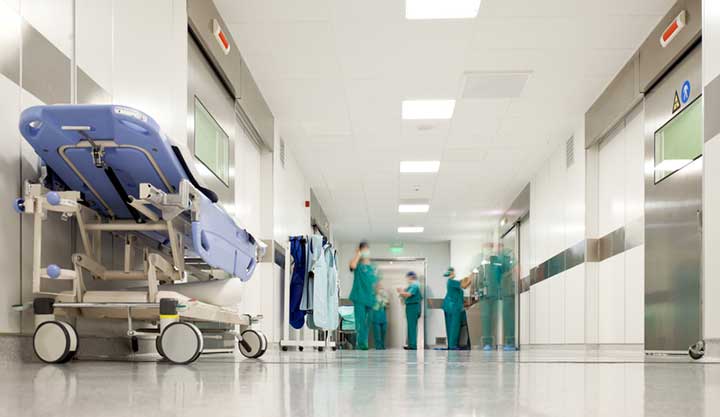 Outpatient antibiotic use is a primary risk factor for acquiring C diff, according to a study published in Open Forum Infectious Diseases.

The prevalence of clostridium difficile—or C diff —is staggering. The Centers for Disease Control and Prevention (CDC) estimates there are almost half a million cases per year. Of those, 15,000 patients die from C diff, which is a bacterial infection. While those statistics might make you think, “I need medicine now,” some drugs might be at the root of the problem with C diff. Hospital patients are often highly likely to contract C diff. The CDC lists C diff among its most urgent threats in drug resistance, making C diff treatment even more difficult.

Clostridium bacteria are found in soil and the intestinal tracts of humans and animals. They are also often found in wound infections. The difficile species causes pseudomembranous colitis, an inflammation of the intestinal wall also known as antibiotic-resistant colitis, or C diff.

According to the CDC, C diff is shed in feces. Anything that is contaminated with feces may hold C diff bacterial spores. C diff bacteria can survive for long periods of time on surfaces. People who contact infected feces and then touch their mouths can become infected with C diff. Healthcare workers often inadvertently spread the bacteria.

Researchers from the Perelman School of Medicine at the University of Pennsylvania have found evidence that the most difficult C diff cases, known as “multiple recurring clostridium difficile infections,” or mrCDI, are rapidly becoming more common. They found the annual incidence of mrCDI increased by almost 200 percent from 2001 to 2012. During the same period, the incidence of ordinary C diff increased by about 40 percent. The study results were published in the Annals of Internal Medicine.

“An additional driver of this rise in incidence could be the recent emergence of new strains of C. difficile, such as NAP1, which has been shown to be a risk factor for recurrent CDI (c diff),” says study senior author James D. Lewis, MD, MSCE professor of Gastroenterology and senior scholar in the Center for Clinical Epidemiology and Biostatistics.

A study in Infection Control & Hospital Epidemiology, the journal of the Society for Healthcare Epidemiology of America, found that patients with C diff bacteria can colonize or infect household contacts. “These infections, causing diarrhea and inflammation of the colon, can be serious, so it is important that everyone follows simple hygienic practices, like hand washing with soap and water, even in your own home,” says Vivian Loo, MD, MSc, lead author and an infectious disease specialist and medical microbiologist at the McGill University Health Centre (MUHC), investigator at the Research Institute of the MUHC, and professor at McGill University.

The study showed 13.4 percent of the 67 human household contacts had C diff in their stool or rectal samples. One adult household member had diarrhea and the remaining eight were asymptomatically colonized. Of those colonized, over half were under the age of 5, including five in diapers.

Pets, too, came in as strong asymptomatic carriers at 26.7 percent. Researchers found the strains carried by the pets and by their human contacts were indistinguishable or closely related, indicating pets can be reservoirs for re-infection or transmission of C diff. “Our research suggests that household transmission from patients with C. difficile infection could be responsible for a bacterial reservoir for community-associated cases,” said Loo.

Researchers at the Mayo Clinic found patients who use gastric-suppression medications are at a higher risk for recurrent C diff infections. C diff  bacteria can cause symptoms ranging from diarrhea to life-threatening inflammation of the colon. The Mayo Clinic study was published in JAMA Internal Medicine.

“In our study, we found that use of gastric-acid-suppression medications are associated with a statistically significant increased risk of development of recurrent C diff in patients with a prior episode of C diff,” says Sahil Khanna, MBBS, a gastroenterologist at the Mayo Clinic and senior author of the study.

Dr. Khanna says gastric-suppression medications studied include proton-pump inhibitors, such as omeprazole (such as Prilosec OTC); and histamine 2 blockers, such as ranitidine (such as Zantac). Both are commonly used for gastric-reflux disease, peptic-ulcer disease, and dyspepsia. Dr. Khanna urges caution in interpreting these findings due to variables not considered in the study, such as the underlying reason why the gastric-acid suppressant was needed.

The epicenter for C diff may very well be hospitals. Outpatient antibiotic use is a primary risk factor for acquiring C diff, according to a study published in Open Forum Infectious Diseases. According to the study, just a trip to the ER (emergency room) may be a risk factor, independent of antiobiotic use or being admitted to the hospital.

While most C diff infections are associated with hospital antibiotic use, as of 2014, they accounted for 41 percent of all C diff infections, says the CDC. In this case-control study, researchers enrolled adult patients from 10 U.S. sites during 2014 to 2015 who tested positive for C diff as an outpatient, or within three days of being hospitalized, and who had not been admitted to a health-care facility within the past 12 weeks.

“There’s a lot of work that needs to be done in terms of improving outpatient prescribing practices and making sure that providers are appropriately prescribing antibiotics,” study author Alice Y. Guh, MD, MPH, of CDC. “Health-care associated C. difficile infection is still a huge burden, but there is increasingly more recognition that community-associated C. difficile can occur. Outpatient antibiotic use is a risk factor, and we need to improve antibiotic stewardship not just in inpatient settings but also outpatient settings.”