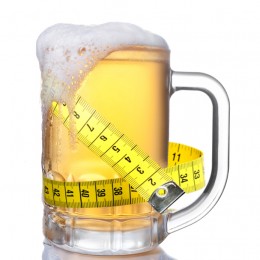 When it comes to alcohol and liver disease, the damage women cause to themselves by drinking alcohol is much greater if they are obese than if they are not, new research presented at the International Liver Congress 2013 in the United Kingdom indicates. In a study in women, the combination of high alcohol intake and high body mass index (BMI), each individually a major risk factor for chronic liver disease, interacted synergistically to produce a significant increase in risk.

Researchers at the Institute for Liver and Digestive Health at the University College London performed the largest study to date looking at how body weight, alcohol, and liver disease interact. They looked at the individual and combined effects of BMI and drinking habits on chronic liver disease and liver-related deaths. “It’s well known that alcohol and a person’s weight are major causes of chronic liver disease, but there has been a need for a large population study to compare these factors’ influences on each other,” said Dr. Daniele Prati, MD, a governing board member of the of the European Association for the Study of the Liver who was not involved in the study but who moderated a press conference.

Obesity, alcohol, and liver disease is a deadly combination

The researchers examined data from more than 100,000 middle-aged and older women, including body mass index and weekly alcohol consumption as well as medical records and death certificates to determine if the women had any complications or death from chronic liver disease, cirrhosis, or liver failure. Obesity and heavy drinking are each known risk factors for liver disease, so it was not surprising that the risk of liver cirrhosis was increased if participants were either obese or heavy drinkers. What was surprising was that between weight gain and drinking heavily, body weight appears to be riskier for liver health than alcohol.

Obesity results in a higher risk than heavy alcohol consumption, concluded the study’s lead author Paul Trembling, a clinical research fellow at the Institute for Liver and Digestive Health at University College London. But the combination of the two was “super-additive, more than doubling the risk seen with either of the other risk factors,” according to Dr. William Rosenberg another researcher of the University College London.

Another surprising finding was the difference between being overweight and being obese when combined with alcohol use. In women who were overweight – usually defined as a body mass index (BMI) of 25 to 29 – and drank, the two risks simply added up. But in those who were obese (BMI of 30 or higher) the risks were synergistic, producing damage to the liver that was far greater than the sum of their additive effects. “If you’re obese, the damage you can do to yourself (by drinking heavily) is much greater than if you’re just overweight,” said Rosenberg.

Previous studies have also found that obesity and alcohol act together to increase the risk for liver disease, not just in women, but also in men. Europe, where the study was performed, has the heaviest alcohol consumption in the world, and alcohol consumption is the third leading cause of early death and illness, after tobacco and hypertension, commented Dr. Prati. Meanwhile, there has been an increase in abuse of alcohol and liver disease, in some countries like England, where death from cirrhosis among middle-age women increased ten-fold from 1970 to 2000. In the U.S., it is estimated that up to one third of Americans have non-alcoholic fatty liver disease related to obesity, diabetes, and high triglycerides.

How to heal from excess body weight, alcohol, and liver disease with natural medicine

The good news is that serious liver disease due to excess alcohol or weight can almost always be prevented or forestalled, and natural medicine has an excellent track record for helping patients with obesity, decreasing alcohol, and liver disease. Naturopathic and integrative healthcare practitioners know that it’s not as simple as telling the patient to lose weight and quit drinking. All three of these conditions are associated with nutritional deficiencies, hormonal and neurotransmitter imbalances, excess inflammation and oxidative stress, and other factors which can be addressed using science-based natural and integrative therapies. Special healing foods, nutrients, and botanical medicines, such as silymarin from milk thistle seed extract, the well-researched Chinese herb schisandra, and the antioxidants n-acetyl-cysteine and alpha lipoic acid can be utilized to help  protect and regenerate liver tissue that is unhealthy due to obesity, alcohol, and liver disease.

In upcoming articles, we’ll talk more about liver health from a natural medicine perspective, and you’ll learn specific, evidence-based natural treatments for liver disease. To receive our latest articles about natural remedies for liver disease and other health issues, be sure to sign up for our email updates here.