Home » Daily » Diabetes » Have You Taken a Diabetes Test? 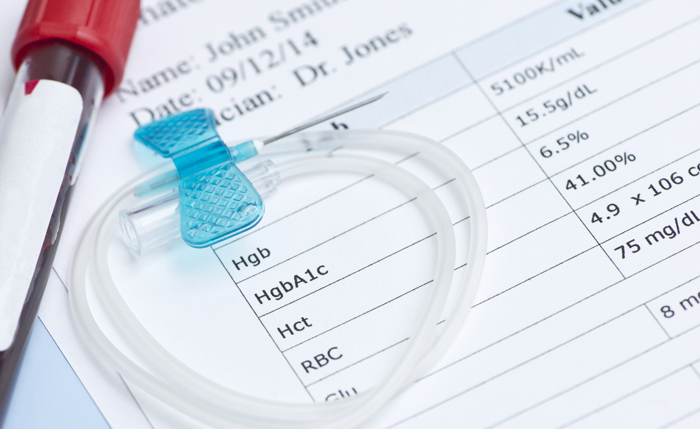 Maybe you’re a few pounds overweight. You’re not as active as you used to be, or maybe you were never physically active to begin with. Your blood pressure might be a little high, and your cholesterol might be making a steady climb into undesirable territory. But what about your blood sugar, or glucose? If you haven’t asked your doctor about undergoing a diabetes test, now might be the time. You could be at risk of becoming one of the 29.1 million Americans with diabetes or the 80 million with prediabetes (blood-glucose levels that are elevated but aren’t high enough to be considered diabetes), according to statistics from the Centers for Disease Control and Prevention.

Diabetes is a leading risk factor for cardiovascular disease, heart attack, and stroke. Left unchecked, diabetes can cause an array of complications, including kidney, nerve, and vision damage. It’s also the leading cause of non-traumatic limb amputations.

“Since we have become a more sedentary society with issues of obesity and changes in our eating habits, and looking at the current rates of diabetes, I think it would be prudent for anyone at risk to be screened,” says Patrick McCarthy, RN, CDE, with the University of Pittsburgh Medical Center’s Center for Diabetes & Endocrinology.

Doctors can use one of several blood tests to screen for diabetes, but none has been shown conclusively to be superior to the others. Just be sure to understand what the results of your diabetes test mean and what you need to do in response.

Although most experts generally agree on the importance of diabetes screening, recommendations about which people to screen and when to screen them differ somewhat.

For example, in a guideline released in October 2015, the U.S. Preventive Services Task Force (USPSTF) endorsed screening to prevent type 2 diabetes only in adults ages 40 to 70 who are overweight or obese.

The American Diabetes Association (ADA) takes a broader approach and recommends screening for asymptomatic adults starting at age 45, or for adults of any age who are overweight/obese and have risk factors such as a family history of type 2 diabetes, a sedentary lifestyle, high blood pressure, low HDL (“good”) cholesterol, and high triglycerides. As long as the initial test is normal, screening should be repeated at least every three years, the ADA advises.

“Generally, the recommendation is for people over 45 to begin testing every three years,” McCarthy says. “I would also think it prudent that if a person has a strong family history of diabetes, symptoms, or concurrent health conditions such as cancer, cardiac disease, renal disease, transplant, or medication use such as steroids, he or she may be considered for earlier testing.”

As part of screening, your doctor will pick from one of three primary diabetes test options:

“None of the above testing procedures is any better than the others, and they do have some limitations,” McCarthy explains. “For example, fasting glucose levels may actually miss early-onset diabetes. A1C may be influenced by other factors affecting hemoglobin concentration in the blood [e.g., pregnancy, chronic anemia, certain infections]. And, glucose tolerance testing takes time for serial blood sampling and interpretation.

“That being said,” he continues, “we tend to focus more on A1C in our practice, since it gives us a snapshot of what has been happening with glucose levels over the past three months.”

What You Should Do

Regardless of which diabetes test your doctor recommends, be sure you understand what the results of the test mean so you can work with your physician to prevent diabetes and its complications.

Research suggests that lowering your intake of fat and calories, following a heart-healthy diet, and engaging in 30 minutes of moderate-intensity physical activity (such as walking) a day on at least five days a week can significantly reduce your risk of diabetes.

“Discuss your concerns and reasoning for wanting to have a screening completed,” McCarthy emphasizes. “The important part is to have an honest and open discussion with your healthcare provider, and then for the healthcare provider to interpret the results and act on them as appropriate.

“The cornerstone of prevention is increasing physical activity to at least 30 minutes every day, eating a healthy, well balanced diet, and maintaining or achieving a healthy weight,” he adds. “Prevention is key to stopping the epidemic of diabetes—we know this works. Once a person is diagnosed with diabetes, the key is reliable education and follow-up and follow-through of maintaining healthy glucose levels to prevent further health issues.”