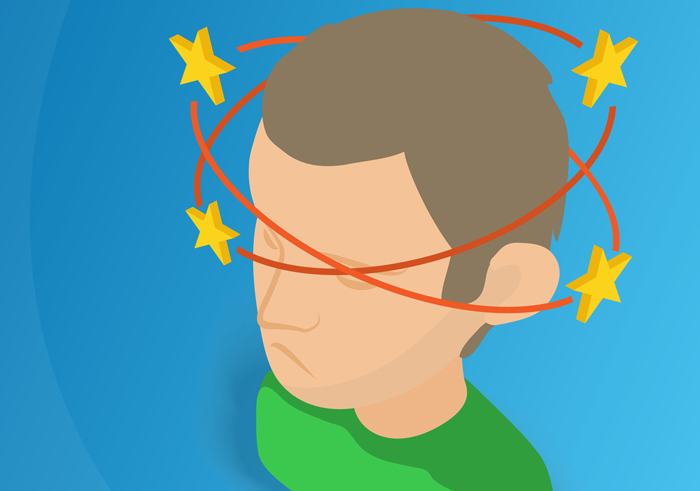 Confusion is a symptom of both hypoglycemia and hyperglycemia, which can lead to diabetic shock.

Diabetic emergencies and diabetic shock can occur either when your blood glucose level becomes dangerously low (hypoglycemia) or when it becomes dangerously high (hyperglycemia). If you’re managing diabetes, it’s important to understand the difference—and how to react.

Here, we dig into both hypoglycemia and hyperglycemia, pinpointing the symptoms as well as the dangers of leaving them untreated.

What is Diabetic Shock?

A diabetic shock refers to the emergency that occurs when blood sugar either raises or lowers to dangerous levels for a diabetic. Diabetic shock caused by hypoglycemia can include seizures or unconsciousness. The diabetic emergencies that can occur because of hyperglycemia include:

Hypolgycemia, or low blood glucose, can occur in diabetics for a variety of reasons. It can be the result of simply having skipped a meal or having exercised too much for the amount of food you have consumed or medication you have taken. It can also be the consequence of insulin or insulin promoting medications.

Since the problem with hypoglycemia is low blood glucose, the treatment for mild symptoms is a dose (usually 15 to 20 grams) of glucose or simple carbohydrate, which is easily broken down into glucose. A 15- to 20-gram dose of glucose can come in the form of a variety of things, from glucose tablets to 4 ounces of juice to a tablespoon of honey.

Are you working to manage diabetes? Information is an important ally. See the following posts for help:

For hypoglycemia treatment, it’s imperative that you check your blood glucose level 15 minutes later to be certain you’re back within a safe range.

In more severe cases of hypoglycemia—true hypoglycemic emergencies such as when diabetic shock (including seizures or unconsciousness) occurs—injectable glucagon, a hormone that causes your liver to release glucose into the blood stream, is needed. Glucagon injection kits are available by prescription and can be injected into the arm, buttocks, or thigh.

Diabetics who have glucagon kits should be sure their friends, family, and coworkers are educated on glucagon administration in the event of an emergency. The glucagon typically takes effect within five to 15 minutes.

Oral glucose should not be administered if the patient is having seizures or unconscious as there is a significant risk of choking. If you experience hypoglycemia frequently or have experienced a diabetic shock situation, you must discuss this with your healthcare provider to determine if your insulin or medication regimen needs adjusting.

Hyperglycemia in diabetics can occur for a variety of reasons, ranging from eating too much to the stress of an illness to insufficient glucose-lowering medications. The symptoms of mild hyperglycemia typically are increased thirst and frequent urination.

For mild hyperglycemia, exercise can often lower the blood glucose level. If you have developed a plan with your healthcare provider for treating certain elevated blood glucose levels with specific doses of glucose-lowering medications, this may be an option.

Diabetic ketoacidosis (DKA): This type of diabetic shock is often the first sign of diabetes. It can develop in individuals with type 1 or type 2 diabetes, but it is more common in type 1 diabetics.

DKA occurs when your body cannot use glucose as an energy source and instead begins to use fat as an energy source. The broken-down fat releases chemicals called ketones that build up in your blood and can make it dangerously acidic. The body will attempt to get rid of some of the ketones in the urine.

DKA can sometimes be the first sign of diabetes in a previously undiagnosed person, but in known diabetics it is often the result of missed insulin doses or some serious stress to the body (like infection, illness, or surgery). Early symptoms are increased thirst and urination. Early signs are elevated blood glucose and the presence of high levels of ketones in the urine.

If untreated, DKA can progress to coma and, ultimately, death. If you experience any of the symptoms of DKA and detect elevated blood glucose and urine ketone levels, you need to contact your healthcare provider immediately.

Hyperosmolar hyperglycemic nonketotic syndrome (HHNS): Like DKA, HHNS can occur in either type 1 or type 2 diabetics, but unlike DKA, it tends to occur more often in type 2 diabetes.

If you become dehydrated, the concentrations of sodium and other electrolytes build up in the blood along with the glucose and pull water from vital tissues and organs, including the brain. This hyperosmolar state produces a number of symptoms, including:

Treatment of HHNS involves treatment of the precipitating cause (illness, infection, dehydration, poor diabetes management) insulin, and careful intravenous fluid and electrolyte replacement/management. HHNS is a very serious condition with a significant mortality rate, particularly in patients over the age of 65.