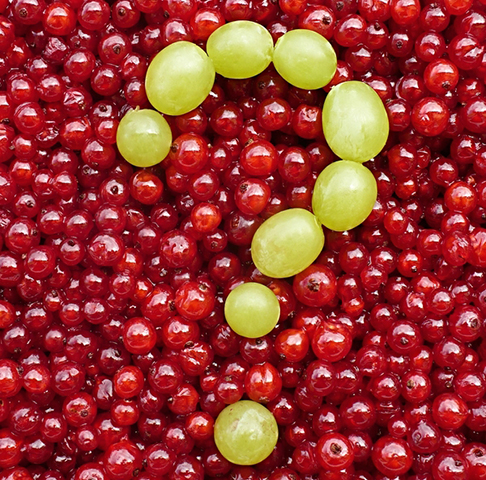 Can diabetics eat fruit? The old axiom "everything in moderation" applies.

Every day, you strategically map out your diabetes meal plan. You count your carbohydrates, limit your sweets, and choose your beverages carefully: a vegetable here, a piece of fruit there, and voila! And then it hits you: Can diabetics eat fruit?

It’s a logical question to ask, considering that fruit contains carbohydrates and natural sugars that can raise your blood sugar. In fact, says Lori Zanini, RD, CDE, a registered dietitian and certified diabetes educator, “it’s a very common question. A lot of people with diabetes do not feel they can have fruit, but that’s not true. The consideration you have to make is what type and how much.”

Can diabetics eat fruit? Perhaps the more important question to ask yourself is this: What am missing if I forgo fruit?

Despite the sugar content, most fruits are high in fiber, and many guidelines recommend that people with type 2 diabetes eat a fiber-rich diet, including fruit. Fiber slows digestion and, in the process, slows your body’s absorption of sugar, helping to fill you up without causing severe spikes in your blood sugar.

If you eliminate fruit from your diabetes diet, you lose out on a valuable source of fiber and other important nutrients. And, as some research suggests, you might not improve your blood-sugar control by limiting your fruit intake.

In one study (Nutrition Journal, March 5, 2013), researchers provided nutritional counseling to 63 people newly diagnosed with type 2 diabetes. They also assigned the participants to one of two groups: one was advised to consume two or more pieces of fruit a day (high-fruit group), while the other was directed to limit consumption to no more than two pieces of fruit daily (low-fruit group).

Over the course of the 12-week study, the high-fruit group reported increasing their fruit intake by an average of 125 grams, while the low-fruit group reduced their fruit consumption by 51 grams, the researchers reported. Both groups experienced similar reductions in weight and waist circumference, a measure of obesity, according to the study. Most important, the researchers found no differences between the two groups in hemoglobin A1c, a measure of blood sugar control over the previous two to three months.

“A recommendation to reduce fruit intake as part of standard medical nutrition therapy in overweight patients with newly diagnosed type 2 diabetes resulted in eating less fruit. It had, however, no effect on [hemoglobin A1c], weight loss, or waist circumference. We recommend that the intake of fruit should not be restricted in patients with type 2 diabetes,” the study authors concluded.

The degree to which fruit affects blood sugar can vary significantly based on the way it’s processed. For example, fresh or frozen fruits tend to be better options than fruit that’s canned or packaged in sweetened juices or sugary syrups that can raise blood sugar even more, says Lori Zanini, who besides working as a registered dietitian and diabetes educator is also a spokesperson for the Academy of Nutrition and Dietetics. 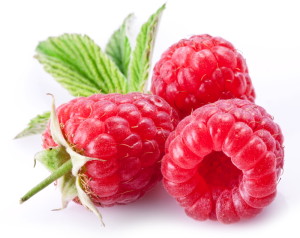 Which fruits are best in a diabetic diet? Raspberries and other berries with skin—because they’re higher in fiber—are the top recommendation by Lori Zanini, RD, CDE, a registered dietitian and certified diabetes educator.

Some fruits can have greater effects on blood sugar than others. For example, raisins and other dried fruits, as well as watermelon, tend to raise blood sugar more than other fruits, such as berries. “Look for berries and fruits that have skin on them because those will be higher in fiber,” Zanini says. “At the top of my list of fruits I recommend are berries. Berries are very high in fiber, particularly raspberries.”

Remember, she adds: “The more fiber you eat, the slower the food is digested, and that won’t create the same kind of spikes in your blood sugar.”

Keep in mind that individual responses to fruit may vary, so a fruit that raises one person’s blood sugar might not affect you the same way. To gauge your response to a particular fruit, Zanini recommends checking your blood sugar before you eat it and then again two hours later.

“The goal is not to raise it more than 40 points during that time period,” she explains. “If it goes up more than that, that’s an indication that either you ate too much or the fruit you ate really affected your blood sugar.”

Diabetic Diet: How Much Fruit?

Fruit is abundant in a number of vital nutrients. And as a lower-calorie alternative to sweets, fatty foods, and other less healthful delicacies, fruit can be a better dietary choice as a diabetic snack. Fruit can also be an integral part of a diabetic breakfast. 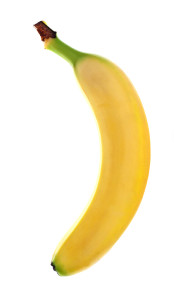 Can diabetics eat fruit? Yes, but practice portion control. “One serving size of carbohydrates—which is 15 grams of carbs—is only half a banana,” says dietitian Lori Zanini, “and most people don’t stop at half a banana.”

But as with any food, moderation is important, Zanini emphasizes. Practice portion control, and consider the total carbohydrate count when you choose your fruit. (The American Diabetes Association recommends that most people consider carbohydrate counting as the primary tool for blood-sugar management.)

A serving size of carbohydrates is 15 grams, which equates to a small piece of whole fruit or approximately a half-cup of frozen or canned fruit, according to Zanini. With some fruits, it doesn’t take much to get that serving of carbs.

“From my experience, what often creates more of an increase in blood sugar than planned are things like watermelon, bananas, and dried fruit, if they’re eating too much of it at one time,” Zanini says. “One serving size of carbohydrates—which is 15 grams of carbs—is only half a banana, and most people don’t stop at half a banana,” she says.

“The same goes with dried fruit,” Zanini adds. “Because it’s dried, it’s more condensed, so the portion is much smaller. A lot of people don’t take that into consideration. You should limit dried fruit to two tablespoons or less per portion. Another thing regarding dried fruit is to make sure it’s not sweetened. Lots of brands will add sweeteners, in addition to the natural sugar that’s already present in the fruit, to make it even sweeter.”

So can diabetics eat fruit? Yes, Zanini says, but make your fruit choices wisely. Keep your portions in check and follow a diabetic meal plan.

“I think the No. 1 thing people with diabetes need to look at is the portion size,” she cautions. “Second is the carbohydrate content. You want to keep fresh fruit limited to either a cup or one piece of whole fruit at a time. You don’t want to have that big fruit salad, but it would be totally fine if you want to have a piece of fruit for breakfast and maybe some berries for a snack.”