Home » Daily » Depression » What Is DHEA? A DHEA Supplement Might Help Ward Off Depression 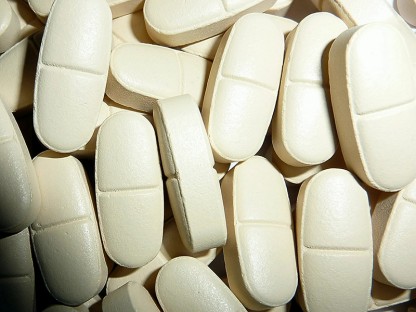 What is DHEA? A DHEA supplement might be the tool you need to get control of your depression symptoms at last.

The cause of depression is often very hard to pinpoint. Is it a neurotransmitter imbalance? Lack of exercise? Diet? Vitamin deficiencies? If you’ve already addressed some of these common causes of depression, like a serotonin deficiency, and still haven’t found relief, it might be time to see if an imbalance in your hormones is to blame for your symptoms.

One hormone, produced by our adrenal glands, is called DHEA. A DHEA supplement might be the tool you need to get control of your depression symptoms at last.

DHEA, short for dehydroepiandrosterone, is a hormone produced by the adrenal glands in both men and women. It is used by the body to make both the male and female sex hormones, androgens and estrogens.

DHEA and a sulfated form of DHEA known as DHEAS act in the body as antioxidants, anti-inflammatory compounds, and more. They help to protect nerve cells in the brain, and also help to inhibit the action of glucocorticoids like cortisol. As the adrenals are involved in the stress response, DHEA and DHEAS also impact our response to stress and immune activity.[1]

Low levels of DHEA are associated with depression

Several studies have shown an association between DHEAS levels and depressive symptoms; people with low levels of DHEAS are more likely to have depression, and higher levels of DHEAS seem to protect against depression.[1-3]

Researchers have also found that treating people for depression brings their DHEAS levels back up. In one study, people with depression had lower levels of DHEAS before treatment compared to controls.[1] When they were treated with 5-HTP and citalopram, however, their DHEAS levels increased significantly.

Numerous studies have demonstrated the antidepressant effects of taking a DHEA supplement.

The authors of the study conclude, “DHEA is an effective monotherapy for the treatment of both major and minor depression of moderate severity occurring at midlife in men and women.”[4]

Another study found similar results, with 450 mg DHEA per day for six weeks to improve symptoms of depression in the participants.[5]

How does DHEA work?

There is still much to be learned about DHEA and how it might work to fight off depression. But researchers hypothesize that the anti-glucocorticoid activity may be a major factor. Cortisol is a glucocorticoid hormone that is involved in the stress response, and high cortisol is linked to depression; DHEA may help improve mood because it can work to reduce the production of cortisol.[2]

Researchers also think that the link between DHEA and improved mood may be due to increased production of the hormone androsterone after DHEA supplementation.[5]

If you aren’t yet in control of your depression, add a DHEA supplement to your treatment plan. Studies show that taking 450 mg of DHEA can help manage symptoms of depression. Find a high quality supplement, and as always, talk with your doctor before beginning your new supplement.

Read about how DHEA may also help women with low libido here.

Have you ever taken DHEA? Did it help you treat your depression? Share your tips for natural depression treatment in the comments section below.