Home » Daily » Depression » The Surprising Link Between Gluten and Depression 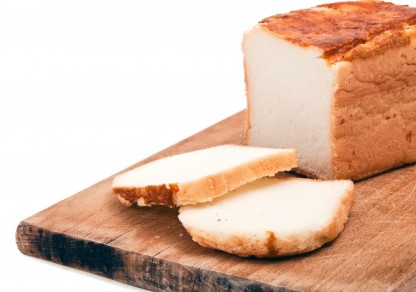 Is there a link between gluten and depression? Research has found a connection.

Is there a connection between gluten and depression? Investigators from the Department of Gastroenterology at Monash University and The Alfred Hospital in Melbourne, Australia, had observed from previous studies that people with gluten sensitivity (but without celiac disease) may still have digestive symptoms while on a gluten-free diet but continue to restrict gluten as they report feeling better. The researchers therefore designed a study to investigate the possible role of gluten on mental state in those with non-celiac gluten sensitivity or wheat intolerance symptoms.

The trial was a randomized, double-blind, placebo-controlled study in 22 patients, ages 24 to 62 years, with irritable bowel syndrome who had been eating a gluten-free diet to control their symptoms even though it had been determined that they did not have celiac disease.[1]

Results showed that gluten ingestion was associated with significantly higher depression symptoms compared to placebo, but not whey. No differences were found for other mental symptoms, such as anxiety. Interestingly, there were no differences in gastrointestinal symptoms between any of the dietary challenges.

The researchers concluded that gluten specifically caused feelings of depression. Gluten did not, however, specifically cause gastrointestinal symptoms in this study, although it did in a previous study conducted by the same research team.[2] “Such findings might explain why patients with non-celiac gluten sensitivity feel better on a gluten-free diet despite the continuation of gastrointestinal symptoms,” reported the study authors.

Gluten and the Nervous System

Gluten can cause hundreds of different symptoms. While the classic symptoms of gluten intolerance or wheat allergy symptoms are those of celiac disease (including gastrointestinal upset, failure to thrive, weight loss, and anemia), scientific literature has noted links between gluten and symptoms all over the mind/body spectrum, even when there is no evidence of celiac disease.

The nervous system seems to be particularly susceptible in the case of gluten sensitivity. Nervous system-related symptoms may include mental/emotional symptoms as well as muscle aches and pains and neuropathy symptoms (pain, numbness, tingling) in the hands and/or feet.[3,4] Published reports in the scientific literature have linked celiac disease and/or gluten sensitivity with mental health manifestations including psychosis, schizophrenia, mood swings, and autism.[3] Many of these cases report the complete resolution of symptoms with removal of gluten. Clearly, there is more to the gluten story than celiac disease and digestive issues; mental health is part of the gluten story, too.

If you’re suffering from depression, try eliminating gluten by strictly avoiding all foods containing wheat, barley, rye, and oats (unless they are certified gluten-free oats), as one depression treatment option.

A host of nutritional and dietary issues, from gluten intolerance to blood sugar imbalances to vitamin and mineral deficiencies, have been studied and found to be underlying causes of depression.

Tell us and share with our readers whether you’ve encountered a link between gluten and depression or whether a gluten-free diet has made a difference in your other symptoms. Share your experience on seeking help with depression in the comments section below.

Originally published in 2015 and regularly updated.