Home » Daily » Depression » Surprising Causes of Depression: Why Even Your Doctor is Likely to Miss This One!

The adrenals are walnut-sized glands located on top of each kidney, and they manufacture some of the body’s critical hormones such as adrenaline, cortisol, and DHEA. The fundamental task of your adrenal glands is to rally all your body’s resources into “fight or flight” mode by increasing production of adrenaline and cortisol. When you encounter a suddenly stressful situation your body instantly jumps into high gear. In that moment, your adrenal hormones set off a cascade of events to enable you to immediately react in order to avoid harm. This is a healthy stress response and it takes priority over all other metabolic functions at the time – but it is not intended to last very long.

Chronic stress, whether emotional, mental, physical or external, ultimately will result in exhausted adrenals which no longer function properly—they may over- or under-react to stress. Both situations may be causes of depression.[2] Many people in today’s climate of constant stress—over-work, under-nourishment, exposure to environmental toxins, excessive worrying—endure stress chronically instead of occasionally, with no time for much needed rest in between the stressful events.

Causes of depression include exposure to chronic stress which leads to adrenal dysfunction and its associated symptoms. Do any of these symptoms apply to you?

Adrenal dysfunction – Do you have it?

Conventional medicine often fails to recognize the affects of adrenal dysfunction except in its most severe states when damage to the adrenals has already occurred (Cushing’s disease and Addison’s disease). This is despite the fact that we now have decades of research documenting the detrimental health effects of adrenal gland dysfunction, especially its role as one of the important underlying causes of depression.[3,4]

Many conventional physicians did not learn about milder states of adrenal dysfunction in medical school and therefore don’t know to look for it or how to diagnose it. If they do test for it they often measure either baseline adrenal hormone levels or they do what is called the ACTH (adrenocorticotropic hormone) challenge test. These tests recognize more extreme underproduction or overproduction of adrenal hormones.

Integrative physicians are more keenly aware of less extreme forms of adrenal dysfunction and prefer saliva testing because it gives an accurate measurement of the amount of free and circulating hormones throughout the day, rather than one single measurement  of hormones, some of which are bound to other proteins and thus not usable by the body.

What is a saliva test?

The saliva test involves taking four saliva samples during the day (at 8 am, noon, 5 pm, and before bedtime) so that cortisol levels can be measured at those times. With multiple samples taken throughout the day, lab results can clearly map the daily diurnal curve of free cortisol in the body relative to DHEA level and relative to the desired levels of cortisol at each of those times. This will give you a much clearer picture of your specific true adrenal function.

Online adrenal saliva tests can be ordered without a doctor’s orders and can be valuable tools in uncovering the underlying causes of depression, fatigue, insomnia, and other symptoms. It is always best to work with a skilled and experienced integrative physician to order your lab test, interpret the results, and then offer a protocol of corrective actions to heal your dysfunctional adrenals.

Some proactive patients who don’t have a relationship with an experienced integrative physician may prefer to do their own tests, but there are several online sources that provide accurate saliva testing of adrenal function. These are often the same labs that your doctor may use, but they just send you the results directly.

The good news is that adrenal gland dysfunction can be corrected with natural healing options – although it may take two to six months to do so depending on the severity of your condition. But the effort is well worth it!

Start NOW in Your Depression Recovery!

There’s no better time than the present. Get started TODAY in your journey of recovery. The sooner you start, the sooner you’ll start feeling better; and then you will have the energy and focus to work on the steps that will assure that your depression stays away for good. 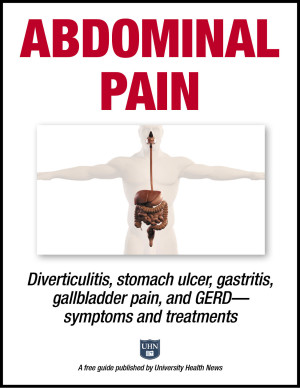