Home » Daily » Depression » Natural Anxiety Remedies: This One Has the Most Research 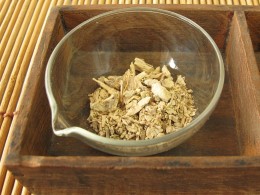 Suffering with anxiety is stressful enough without having to deal with all the harmful side effects associated with prescription drugs. Yet, many people just don’t know where to find natural anxiety remedies, especially one that really works. One herbal anxiety remedy has been extensively studied and has shown consistent, effective results in reducing the excessive worrying, restlessness, difficulty concentrating, irritability, tension, sleep disturbances, and other symptoms of anxiety disorder.

Anti-anxiety medications have numerous deleterious side effects including addiction, sexual dysfunction, headaches, depression, insomnia, fatigue, loss of coordination, suicide, seizures, and more. Further, these medications don’t restore the brain’s normal neurotransmitter levels. For instance, benzodiazepines, such as Valium and Xanax®, do not fix the lack of GABA production; and the SSRI’s (selective serotonin-reuptake inhibitors such as Prozac and Zoloft) don’t correct the lack of serotonin production. What’s more, your brain easily becomes accustomed to these medications and they often lose their effectiveness, requiring higher doses or different drugs.

Among all that are available, there is a non-addictive, natural anxiety remedy that doesn’t cause negative side effects and doesn’t lose its effectiveness. In fact, there are many herbs and nutrients which can more naturally adjust brain chemistry without many of the side effects experienced with drugs. But of the several herbal and nutritional approaches to the treatment of anxiety, this article explores just one very effective, well-researched anxiety remedy: the roots of the South Pacific plant Piper methysticum, more commonly known as kava (or kava kava). Researchers from Rutgers and Adelphi Universities in New Jersey and New York, respectively, published a review of kava and other nutritional, botanical and other natural anxiety remedies April, 2012 in the journal Medical Science Monitor.[1]

According to the researchers, kava is the most studied herbal  anxiety remedy and also demonstrates the best results against mild anxiety and anxiety disorders in humans in clinical trials.[1] Piper methysticum is a shrubby plant whose dried roots have been used to make kava beverages in the South Pacific for hundreds of years and in Europe since the 1700s. Today in the U.S., kava is available as an extract of Piper methysticum in the form of capsules, tablets, liquid tinctures, and more.

In double blind, randomized controlled trials, 100 mg of kava extract standardized to contain 70 percent of compounds known as kava lactones was given to subjects three times a day.[2,3] After four weeks, kava was found to significantly decrease anxiety symptoms compared to placebo and was found to be an effective  anxiety remedy in general as well as for anxiety in women with menopause symptoms. Another randomized controlled trial found a lower kava dose of 50 mg three times a day for four weeks was an effective anxiety remedy without side effects or signs of toxicity.[4]

Kava compares favorably to benzodiazapines but without the side effects

Some studies have compared kava to prescription medications such as benzodiazapines and antidepressants. Not only did kava compare favorably to the prescription drugs, it did so without side effects and even appeared to improve reaction time and enhance performance in two separate studies, while the benzodiazepine impaired it.[5,6] Another study compared 400 mg kava to 10 mg buspirone or 100 mg opipramol (a tricyclic antidepressant) in 129 patients with generalized anxiety disorder.[7] Kava was found to be just as effective as the two prescription medications, with 75% of each group improving by at least 50%, and 60% achieving complete remission.

If you want to try kava, look for capsules of Piper methysticum extract standardized to preferably 70% kava lactones. Start with 50 or 100 mg three times a day. Don’t mix kava with alcohol or with other prescriptions medications without consulting a qualified healthcare professional, especially if you have a history of liver problems, due to a possible slight risk of liver injury. If you are already taking a prescription medication for your anxiety, work with your doctor to slowly taper off before beginning kava. Kava is just one of several effective, natural anxiety remedies. For ideas for additional effective natural anxiety remedies in women and men, browse our topics Depression and Anxiety.