Home » Daily » Depression » Is Organic Food Better for You? Pesticide-Free Makes All the Difference! 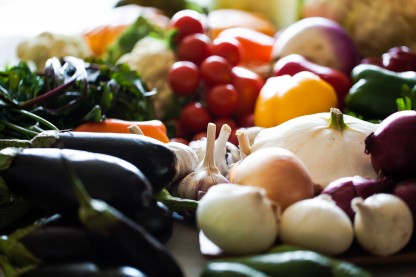 Use of Pesticides Linked to Depression

A recent study from France shows that farmers who use weedkillers are more than twice as likely to suffer from depression than farmers who don’t use the chemicals. And, farmers who had greater exposure – either more hours or longer years using weedkillers – had the greatest risk.[1]

Use of Pesticides Linked to Parkinson’s Disease

The burning question is this: If pesticide exposure causes so much harm to farmers (and potentially home gardeners), what in the world are these chemicals doing to us when we eat non-organic food containing them? While this topic will continue to be debated by scientists and environmentalists, it does beg the question: Why would you eat non-organic food and risk the exposure to pesticides when you can eat organic and avoid them altogether?

According to the Environmental Working Group, consumers can markedly reduce their intake of pesticide residues by choosing organic produce, meat and dairy. To learn more about organic shopping and how to properly clean non-organic produce, read our article, Is Organic Food Better For You? Standford University Study Raises Questions

Aside from buying organic foods, gardeners can make environmentally-friendly herbicides and insecticides at home. For our DIY pest control and weed repellents ideas, click here.