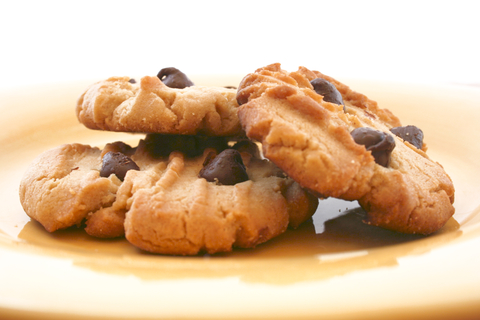 Trans-fats (or trans fatty acids) are artificial fats that are created in an industrial process.

Isn’t it ironic that the very foods many of us crave (and often overeat) when we are depressed are the same foods that are causing, or at least contributing, to our depression symptoms in the first place? Such is the case for trans-fats, the industrially made fat found in packaged and fast foods. Not that we crave trans fats themselves, exactly; we just crave the convenient snack foods, baked goods, and fried fast foods that happen to be loaded with trans fats.

US trans fat consumption is excessive

The reason trans-fats increase depression symptoms may be similar to why they increase risk for cardiovascular disease: inflammation and altered functioning of endothelial cells which line blood vessels. Both cardiovascular disease and depression are associated with increases in inflammation and dysfunction of endothelium, according the researchers, and trans-fats are known to cause both these problems.

Trans-fats (or trans fatty acids) are artificial fats that are created in an industrial process that adds hydrogen to liquid vegetable oils to make them more solid. Another name for trans-fats is “partially hydrogenated oils.”  Trans-fats, according to the American Heart Association, are found especially in fried foods like French fries and doughnuts, and baked goods including pastries, pie crusts, biscuits, pizza dough, cookies, crackers, and stick margarines and shortenings. The World Health Organization and other organizations like the American Heart Organization recommend a limit of trans-fat intake of less than 1% of total energy.[2] According to the American Heart Association, that means if you need 2,000 calories a day, no more than 20 of those calories, which is less than 2 grams of trans-fats a day, should come from trans-fats. They note that given the amount of naturally occurring trans-fats you probably eat every day (mainly from cheese and other high fat dairy), this leaves virtually no room at all for industrially manufactured trans-fats.

So, as tempting as it is to reach for a bag of cookies to temporarily boost your mood, you may be worsening your mood and risking depression symptoms, not to mention cardiovascular disease, in the long run. Instead, why not try a comprehensive, natural approach to healing depression that targets the underlying cause. When you resolve the true underlying causes of your depression, you can say goodbye to it forever! But it is important to evaluate for yourself all of the major causes that might be contributing to your depression.