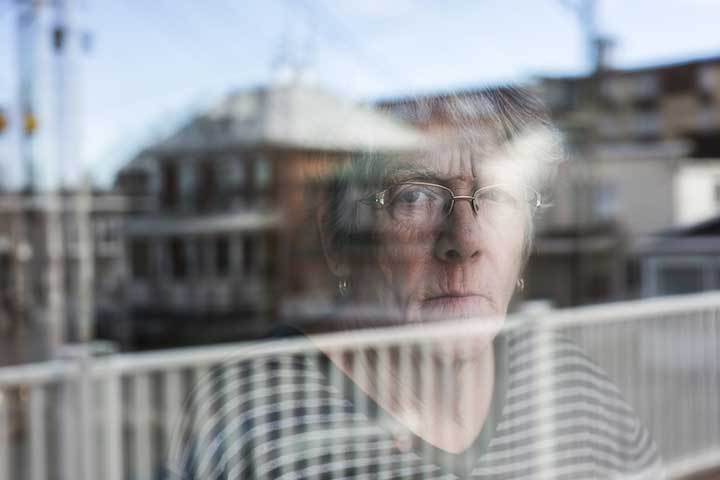 Blood tests and other diagnostic treatments may be ordered to help make a decision on bipolar disorder.

If you’re looking for a bipolar test because you’re dealing with mood swings and worried you have early signs of bipolar disease—also called manic depression or manic-depressive disorder—you’re going to be disappointed.  There is no reliable, confirmed diagnostic bipolar test to confirm a diagnosis for the over-the-top shifts in a person’s mood and activities that is bipolar disorder.

That’s a little scary, since the National Institution of Mental Health says that 4.4 percent of people will experience bipolar disorder in their lifetime. Scarier yet, they estimate nearly 83 percent of those will experience serious life impairment because of the problem.

The question then becomes, if there is no bipolar test, how do we determine if we’re experiencing normal mood swings—happy our kid finally got an “A” in math followed by depression due to the loss of a job—or a mental disorder that requires treatment?

“One of the most important features to distinguish in this comparison is whether mood variability occurs exclusively in relation to situational variables. If that’s the case; if there’s always something going on which would account for your shifting mood, then it’s likely you don’t have bipolar disorder. That’s not to say that individuals with bipolar disorder are not influenced by situation. In fact, they often are. But most who have bipolar disorder also report times when mood elevates or becomes depressed without any apparent cause,” explains Russ Federman Ph.D., A.B.P.P. in an article on PsychologyToday.com.

Although Dr. Federman’s advice shows that it’s unprovoked extremes in mood changes that indicate bipolar disease, if you’re determined to take a bipolar test on your own, we found several online sources that offer a bipolar test, including:

Better Than a Bipolar Test

At this time, the only real bipolar test is a medical examination, which will include an evaluation by a psychiatrist or psychologist (a psychiatrist is a medical doctor specializing in psychiatric disorders who can prescribe medications; a psychologist has advanced degrees in psychology and helps people cope with life issues and mental disorders but cannot write prescriptions). Questions will be asked about your mood swings, triggers for the changes, if you find you have any control over those states, and how they are disrupting your life. Blood tests and other diagnostic treatments may be ordered to help make a decision on bipolar disorder.

This is especially important because there are medical conditions that can mimic bipolar disorder, including:

Although it’s still on the horizon, a study at Loyola Medicine suggests that an everyday electrocardiogram (EKG or ECG) could help a physician determine whether a patient has major depression or bipolar disorder.

The study found that heart-rate variability, as measured by an electrocardiogram, indicated whether subjects had major depression or bipolar disorder. The study was published in the World Journal of Biological Psychiatry.

“Having a noninvasive, easy-to-use and affordable test to differentiate between major depression and bipolar disorder would be a major breakthrough in both psychiatric and primary care practices,” study lead Dr. Angelos Halaris, MD, PhD says, adding that further research will be required to confirm the results.

In a secondary finding, researchers found that patients with bipolar disorder had higher blood levels of inflammation biomarkers than patients with major depression. Inflammation occurs when the immune system revs up in response to a stressful condition such as bipolar disorder. Additional research is needed, of course, but this has the potential to become a useful tool.

For those thinking a brain scan might be the answer to a bipolar test, you are onto something. In a landmark study published in the journal Molecular Psychiatry, the largest meta-analysis of MRI brain imaging to date identified specific brain abnormalities in gray matter volumes of people with bipolar disorder. From that, they created the first map of key brain regions underlying the neurobiology of bipolar disorder.

“We created the first global map of bipolar disorder and how it affects the brain, resolving years of uncertainty on how people’s brains differ when they have this severe illness, says senior author Ole Andreassen, a professor at the Norwegian Centre for Mental Disorders Research at the University of Oslo.

As is usually the case, further research is needed to confirm the findings, but the results give hope we will one day have a viable bipolar test.

A BINDING PROTEIN MAY PROVE TO BE A BIPOLAR MARKER

Researchers at The Ohio State University found that children with bipolar disorder had higher blood levels of a protein associated with vitamin D compared to children without mood disorders.

Finding a blood test to confirm bipolar disorder could cut the current 10-year average lag time between onset and diagnosis, said Ouliana Ziouzenkova, the study’s lead author and an associate professor of human nutrition at Ohio State. The 2018 study appears online in the journal Translational Psychiatry.

In the study of 36 young people, levels of the vitamin D binding protein were 36 percent higher in those with bipolar disorder than in those without a mood disorder.