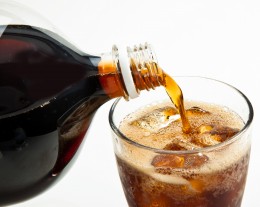 Perhaps you’ve become alarmed by hearing of various diet soda dangers – consumption of these so called “healthy” drinks have now been conclusively linked to several deleterious health consequences. But have you considered that diet soda and other drinks sweetened with artificial sweeteners may be to blame for your depression symptoms? If all the research over the past few years linking artificial sweeteners to various health problems such as weight gain and diabetes wasn’t enough to get you to stop drinking it, you now have one more good reason: not only are diet soda and other beverages with artificial sweeteners associated with obesity and other health conditions, recent research from the American Academy of Neurology and sponsored by the NIH has identified depression as another of the diet soda dangers.[1]

For the study, investigator in the Epidemiology Branch at the National Institute of Environmental Health Sciences looked at the beverage consumption of 263,925 people between the ages of 50 and 71 over the course of a year, including coffee, and drinks with either regular or artificial sweeteners. About 10 years later, the researchers checked back in with the participants. Overall, 11,311 participants had been diagnosed with depression and experienced depression symptoms.

Diet soda dangers for your brain – 31% increase in depression symptoms

The research findings, which will be presented at the Academy’s annual meeting in mid-March 2013, show people who drink four or more cans per day of diet soda soft drinks are about 31 percent more likely to be diagnosed with depression than people who don’t drink diet soda. The risks for depression symptoms were similar for people who drank other beverages with artificial sweeteners, such as diet fruit punch and diet iced tea rather than the regular versions of those beverages.

“Our research suggests that cutting down on sweetened diet drinks or replacing them with unsweetened coffee may help lower your depression risk,” said study researcher Honglei Chen, M.D., Ph.D.

This is the first study to show that those who consume drinks with artificial sweeteners like aspartame and sucralose are at a higher risk for depression symptoms, but it is not the first to show that soda in general increases depression risk. In 2010, Australian researchers studied almost 5000 people and found that those who consumed more than half a liter (16.9 ounces) of soda per day had approximately 60% greater risk of having depression symptoms or a current mental health condition compared with those not consuming soft drinks.

But the diet soda dangers don’t stop there: a number of studies have found statistically significant associations between diet soda and both diabetes and metabolic syndrome (the collection of symptoms and medical disorders that leads to heart disease and diabetes). In one study, for example, people who drank at least one diet soda daily had a 36% greater risk for metabolic syndrome and a 67% greater risk for type 2 diabetes compared with participants who did not drink diet soda.[3] The signs of symptoms of metabolic syndrome most associated with diet soda were fat accumulation around the waist and high blood sugar levels, while associations between diet soda intake and type 2 diabetes were not found to be dependent on how much the diabetic patients weighed or what their waistlines measured.

Artificial sweeteners include aspartame (NutraSweet®, Equal®), sucralose (Splenda®), and saccharin (Sweet’N Low®). Whether natural non-calorie sweeteners, such as stevia, are also linked to depression symptoms and other health problems is unknown. Research indicates that at least some of the negative effects of non-calorie sweeteners may not have to do with the artificial chemicals, but rather on the way the sweet taste affects brain processes. For instance, compared to non diet soda drinkers, regular diet soda drinkers have been found to have altered processing of sweet taste in the “reward center” of the brain. This is the same part of the brain that helps control energy (calorie) intake and eating behavior.[4] Researchers believe this might explain some of the diet soda dangers such as the relationship between diet soda and obesity.

As for an explanation for the seemingly protective effects of coffee against depression, Dr. Chen points to the high concentration of antioxidants and phytochemicals in coffee and tea as one possible reason for these findings.

Is it time to quit artificial sweeteners for good?

Depression is now known to be a leading cause of disability worldwide while at the same time millions of people regularly consume diet soda and other artificially-sweetened beverages as a way to save calories. Should this new research not prompt those who regularly drink diet soda to reconsider the risks? Are these diet soda dangers really worth it? Many people find that drinking unsweetened green, black, or even herbal teas to be just as enjoyable once they work consumption of these much healthier beverages into their routine.

Have You Kicked the Diet Soda Habit? Give Us Your Feedback!

This is where we need to help each other with some inspiring testimonies. Have you been able to kick a long time diet soda habit? How did you do it? What is your current beverage of choice? Please give us your feedback in the “Comments” section below so you can inspire others to do the same.