Home » Daily » Depression » Could Depression Contribute to What Causes a Stroke? 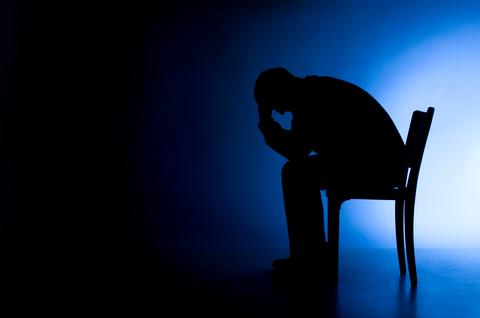 Having depression might also increase your risk for having a stroke.

It is important to know what causes a stroke to be able to effectively prevent one. Some risk factors like hypertension, current smoking habits, and poor diet are pretty well known. But did you know that having depression might also increase your risk for having a stroke?

What causes a stroke?

The Journal of the American Heart Association published a study in May 2015 that looked at data from over 16,000 participants over 12 years. They found that people who reported consistent, long-term depressive symptoms were more than twice as likely to have a stroke compared to those without depression.[1]

Surprisingly, stroke risk wasn’t only correlated with current depression; even two years after people’s depression had gone away, they still showed a 66% increased risk for stroke. On the other hand, people who had only recently begun experiencing depressive symptoms did not have an increased risk.[1]

Previously, researchers thought that once depression lifted, the risk of stroke might go away as well. However, the results of this study suggest that the effects of depression on stroke risk occur over the long term, and they may cause more lasting damage than we thought.

The researchers don’t know for sure the mechanism behind this association. It may be that physiological changes commonly occurring during depression, such as increased inflammatory responses, hypertension, and more, may cause an accumulation of damage in blood vessels over time. People with depression may also have trouble maintaining healthy behaviors like high levels of physical activity that help prevent stroke.[1] Finally, studies have shown that antidepressant use may be associated with stroke risk as well.[2]

At this point, researchers can’t say for sure the direction of causation; it may be that factors leading to a stroke cause the depressive symptoms, not the other way around.

If you suffer from depressive symptoms, it is time to start finding relief. Fortunately, there is a long list of all natural options for you to try, including supplements like vitamin D, rhodiola, and serotonin boosters; exercise; dietary changes; and a variety of other techniques like yoga, mindfulness meditation, cognitive behavioral therapy, and more.

You can also take measures to directly reduce your stroke risk. Read about vitamins to prevent stroke here, and how to use lycopene to lower stroke risk here.

Do you suffer from depression? What are your favorite natural alternatives to antidepressants for managing your condition? Share your experience in the comments section below.