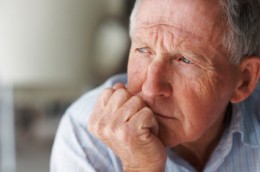 Anyone who is suffering from depression can now easily get a prescription from their family doctor. But first, it’s important to ask a crucial question: do antidepressants work?

More and more research is generally saying no; you would receive about as much benefit from a placebo (an inactive, fake, or “dummy” medication.) Recent research is shown below.

Antidepressant depression remedies work no better than placebo for many people

A 2008 study concluded that the widely prescribed antidepressant depression remedies Prozac, Paxil, and Effexor work no better than placebo for most patients who take them.

The research analysis included published and previously unpublished data submitted to the FDA by the manufacturers of the three drugs, as well as a fourth, Serzone, which is no longer sold in the U.S.

The researchers concluded that, when taken as a whole, the data showed that only a small group of the most severely depressed patients benefited from taking one of the antidepressants. This led them to conclude that most patients who take antidepressants probably shouldn’t be on them. (Kirsch I, et al. 2008.)

A 2010 study says that antidepressants only help the severely depressed

Jay C. Fournier of the University of Pennsylvania and his colleagues conducted a meta-analysis to estimate the benefit of depression remedies  like antidepressant treatment verses placebo across a wide range of initial symptom severity in patients with depression (Fournier, Jay C. et al. 2010). They measured the true drug effects; that is when did the antidepressant drugs have a true statistically significant advantage over sham treatment with a non-drug placebo.

Here are their conclusions:

“What makes our findings surprising,” say the authors, “is the high level of depression symptom severity that appears to be required for clinically meaningful drug/placebo differences to emerge,” especially since the majority of patients receiving antidepressant depression remedies  appear to have depression below these levels.

Many clinicians and patients alike will dispute these findings claiming that pharmaceutical intervention has been successful for them. And certainly there are times and situations where that is exactly the correct strategy. But often drugs are used because it’s just the standard procedure and there is not awareness on the part of the clinician or the patient that other effective options do exist.

To start learning about natural strategies for depression, click here. Then explore the role of serotonin, a neurotransmitter linked to depression, here and here.

Not everyone with depression has serotonin deficiency–many people have an imbalance in dopamine. Learn more about 8 natural dopamine boosters here.

Start learning about the root causes of depression, and natural remedies to treat them, so you can start feeling better without the risks of pharmaceutical drugs.

Originally published in 2011, this blog has been updated.