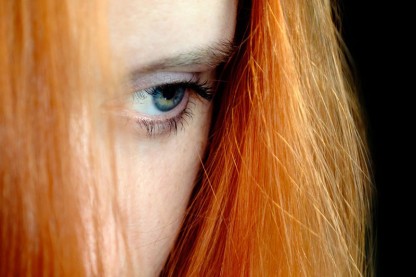 Dietary and lifestyle therapies can be natural remedies for anxiety.

Are you plagued by constant worry or fear? Do you often feel “on edge”? Anxiety is among the most common mental health issues facing today’s population.

Up to 31.6 percent of people in the United States will at some point in their lives be diagnosed with an anxiety disorder.[1] Anxiety disorders, such as generalized anxiety disorder or social phobia, are diagnosed when an individual has three or more anxiety symptoms for a period of six consecutive months on an almost daily basis.

Anxiety symptoms are both emotional and physical

Anxiety symptoms consist of both mental/emotional symptoms and physical symptoms. They can include:

Conventional treatment with medications, whether antidepressants or anxiolytics (benzodiazapines), are fraught with side effects. This spurs many patients suffering from anxiety to seek out natural treatments.

According to Dr. Lise Alschuler, the American Association of Naturopathic Physicians 2014 Physician of the Year, a multipronged approach using scientifically supported nutrients and herbs can change the course of anxiety.

Dr. Tori Hudson, one of the nation’s top naturopathic physicians, authors, educators, and researchers, agrees. Dr. Hudson uses evidence-based nutraceuticals and botanicals to help her patients with anxiety. Both she and Dr. Alschuler have recently published articles describing their preferred natural remedies for anxiety, summarized here.[2,3]

Before discussing specific remedies, however, it’s important to note that both Dr. Hudson and Dr. Alschuler stress that taking supplements is generally not the sole recommended treatment. In addition to supplementation with herbs and/or nutrients, successful treatment of anxiety typically requires a more comprehensive approach that includes a number of diet and lifestyle changes.

Address lifestyle factors. “It all starts with managing stress and optimizing lifestyle habits such as sleep, regular and healthy eating, regular exercise, and reduction of stimulants,” says Dr. Hudson.[3] Dr. Alschuler agrees that dietary and lifestyle changes such as increased physical activity and increased consumption of fruits, vegetables, and omega-3 rich foods are crucial.[2]

Look for underlying issues. Also necessary is addressing any underlying contributing factors that are causing or exacerbating the anxiety. Contributing factors, according to Dr. Alschuler, include nutrient deficiencies, food intolerances (in particular gluten), blood sugar dysregulation, caffeine, drug, and alcohol use, and a history of trauma.[2]

It is also very important, says Dr. Hudson, to evaluate whether the patient has a medical condition such as hyperthyroid, substance abuse, a heart condition, or asthma that manifests as anxiety.[3]

L-theanine. Both doctors recommend L-theanine, an amino acid found in green tea primarily responsible for its relaxation effects. L-theanine consistently relieves stress and anxiety symptoms in both animals and humans. It readily crosses the blood-brain barrier where it exerts a variety of well-documented anti-anxiety and calming effects:

Although more clinical studies in humans diagnosed with anxiety disorders need to be conducted to clarify the effects of L-theanine supplementation on anxiety symptoms, many naturopathic physicians such as Drs. Hudson and Alschuler are prescribing it in their practices and their patients with anxiety are seeing results.

Lavender oil. Another natural remedy for anxiety recommended by both Dr. Hudson and Dr. Alschuler is lavender oil. The essential (volatile) oil of lavender has been found to have anti-anxiety effects in a number of clinical trials. One published review of seven clinical trials concluded that oral lavender supplements are significantly superior to placebo for lowering anxiety symptoms in people with generalized anxiety disorder as well as people with anxiety symptoms who do not meet the diagnostic criteria for having an anxiety disorder.[7]

In one trial, 40 percent of patients with generalized anxiety disorder taking oral lavender were completely free of anxiety compared to 27 percent of anxiety patients taking the benzodiazepine, lorazepam.[8] A recent study found that oral lavender oil may work by modulating activity of the neurotransmitter, serotonin.[9]

The recommended dose of encapsulated lavender oil (as Silexan, also known as Lavela WS 1265) is 80 mg twice daily. (See also our post “Lavender for Sleep: How to Get Quality Shut-Eye, Naturally.”)

What to try first

With both of these top naturopathic physicians recommending L-theanine and oral lavender supplements for anxiety, how do you know what natural remedy for anxiety to try first?

The published literature more strongly supports lavender over L-theanine, so you may want to begin with a trial of oral lavender capsules. Most people start seeing improvements in anxiety symptoms after two weeks, with even more relief reported after a full ten weeks of regularly taking the supplement.

No matter what you decide to try first, know that many evidence-based options are available to decrease your anxiety, so don’t dismay and get started on a treatment plan today.