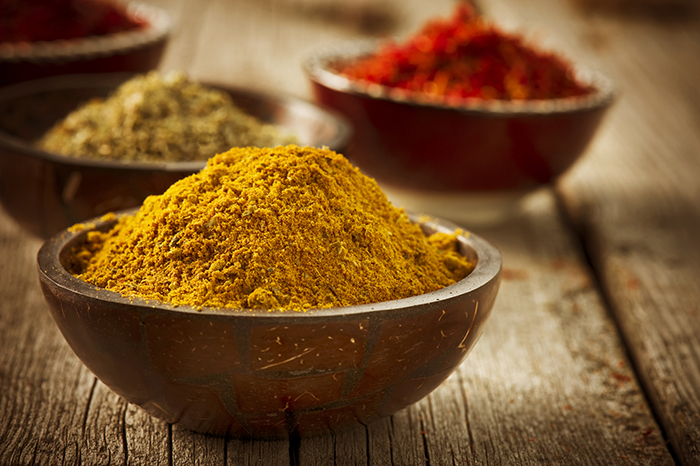 Curcumin and saffron are two natural alternatives to antidepressants that have been studied in clinical trials and found to be just as effective as Prozac.

Curcumin, the primary active ingredient of the Indian spice turmeric, is best-known in natural medicine circles for its anti-inflammatory effects. But researchers discovered how curcumin supplements can also act as effective an effective herbal antidepressant. The study involved 60 patients with major depressive disorder who were randomly divided into three groups: one group received curcumin only in the form of 500 mg standardized curcumin extract twice daily, another group received the standard daily dose of 20 mg fluoxetine, and the third group received a combination of the two treatments.

Curcumin and saffron are two natural antidepressants that have been studied in clinical trials and found to be just as effective as Prozac and alternatives to antidepressants.

The results of a randomized controlled trial comparing the safety and efficacy of curcumin to generic Prozac were just published in the medical journal Phytotherapy Research.[1]

Severity of depression was assessed before and after the six-week treatment using a well-researched test for depression known as the Hamilton Rating Scale. The HAM-D, as it’s called, evaluates mood, feelings of guilt, suicidal ideation, insomnia, agitation or motor retardation (slowed movements), anxiety, weight loss and other common depression symptoms.

Overall, the average change in the HAM-D scores was similar for curcumin and fluoxetine. In other words, as a natural antidepressant, curcumin worked as well as the prescription drug fluoxetine in terms of improvements in depression severity. The proportion of people from each group that improved, as measured by the HAM-D17 scale, was not statistically significant between groups.

The curcumin, which was reportedly well-tolerated by all of the patients, is a patented extract known as BCM-95 containing a standardized amount of active compounds known as curcuminoids as well as purified turmeric essential oils. It is not known whether the curcuminoids, the essential oils, or both are acting as natural antidepressants. A number of supplement companies, such as Life Extension and Progressive Labs, utilize BCM-95, since this patented form of curcumin has been the subject of other clinical trials and is known to be better absorbed than some other curcumin extracts.

Extracts made from the popular Middle Eastern spice saffron have also recently been shown to be effective natural antidepressants in several small clinical trials. The petals and the stigmas of the Crocus sativus plant contain crocin and safranal, believed to be saffron’s active components and natural antidepressants.

One double-blind, randomized, controlled trial compared the effects of saffron with fluoxetine (generic form of Prozac) in 40 people with major depression.[2] For eight weeks, half the participants took a supplement containing petal of Crocus sativus (15 mg morning and evening) and the other half took fluoxetine (10 mg morning and evening). Depression symptoms and severity were rated using the Hamilton Rating Scale for Depression.

At the end of the study, both the saffron and fluoxetine treatments resulted in significant improvements in depression symptoms and severity, with no difference in the amount of improvement between the two groups. At least two previous studies also found that both the stigmas and petals of saffron (30 mg per day) act as natural antidepressants with effectiveness equal to generic Prozac.[3,4]

How to Take Curcumin or Saffron as OTC Antidepressants

Take either of these natural antidepressants for at least six to eight weeks before making any decisions about their effectiveness. And if you continue to struggle with depression, remember that all depression medications, whether synthetic pharmaceuticals or the best natural antidepressant, work best in conjunction with diet and lifestyle changes, treatment for nutritional deficiencies, and other natural therapies.