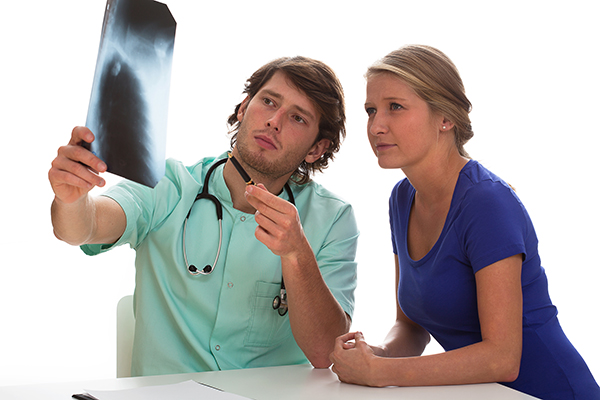 COPD Gold is a collaboration among leading health centers to offer guidance in COPD care.

“GOLD COPD”—you may have read or heard the phrase in relation to lung diseases. But what does GOLD COPD mean?

The Global Initiative for Chronic Obstructive Lung Disease (GOLD) is a program created to raise awareness of COPD signs and symptoms and to boost COPD life expectancy. It was launched in collaborative effort between the National Heart, Lung, & Blood Institute, the National Institutes of Health, and the World Health Organization.

GOLD COPD guidelines are used to assess how severe a patient’s COPD is, and to establish his or her COPD prognosis. GOLD COPD also has guidelines for the use of spirometry in assessing COPD signs and symptoms.

A spirometer is a machine that measures how fast air is blown out of the lungs, as well as the total amount of air inhaled and exhaled—you simply take a deep breath in and then exhale as hard and as long as possible into a hose connected to the spirometer.

The spirometer takes several types of measurements. Some common ones used for assessing COPD signs and symptoms are as follows: 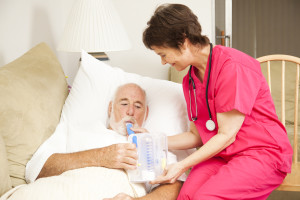 COPD requires significant medical supervision and rehab. In this instance the patient is using an incentive spirometer to build back lung function depleted by COPD.

GOLD COPD standards recommend that people who are at high risk for COPD should have a spirometry test. Specifically, this includes:

To answer the question “What does GOLD COPD mean?” it’s important to consider the the progression of chronic obstructive pulmonary disease. First, consider that people with COPD have a decrease in FEV1 (the amount of air that can be blown out in one second). As the disease gets worse, the FVC (the total amount of air that can be exhaled after inhalation) also deteriorates compared with people of the same age who have normal lung function.

In GOLD guidelines, COPD is divided into four stages: mild, moderate, severe, and very severe. These classifications are based on increasing severity of airflow restriction and symptoms. The spirometry reading for FEV1 is generally used to determine the severity classification, which can provide information as to your life expectancy with COPD.