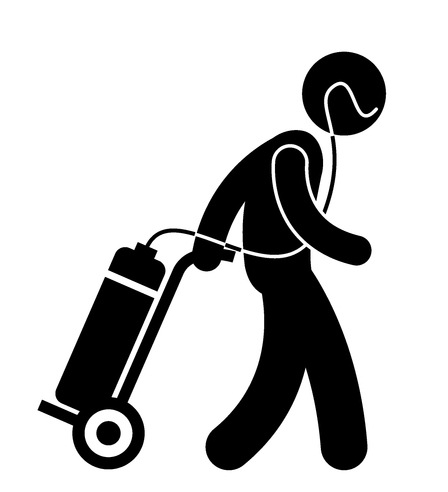 End-stage COPD usually involves the need to transport your own oxygen supply.

Once you’ve been told you have chronic obstructive pulmonary disease (COPD), it’s important to find out where you are as far as COPD stages are concerned. COPD stages include mild (Stage 1 COPD), moderate (Stage 2 COPD), severe (Stage 3 COPD), and very severe (Stage 4 COPD).

These classifications are based on increasing severity of airflow restriction and symptoms, and they help doctors determine an individual’s COPD treatment guidelines and life expectancy.

A COPD test called spirometry is generally used to determine which of the COPD stages you’re in. A spirometry test involves taking a deep breath in and then exhaling as hard and as long as possible into a hose connected to a machine called a spirometer. The machine measures how fast air is blown out of the lungs, as well as the total amount of air inhaled and exhaled.

The spirometer can be used to take several types of measurements. Some common ones used in the diagnosis and management of obstructive lung diseases are as follows:

Doctors use four COPD stages to gauge patients with the condition.