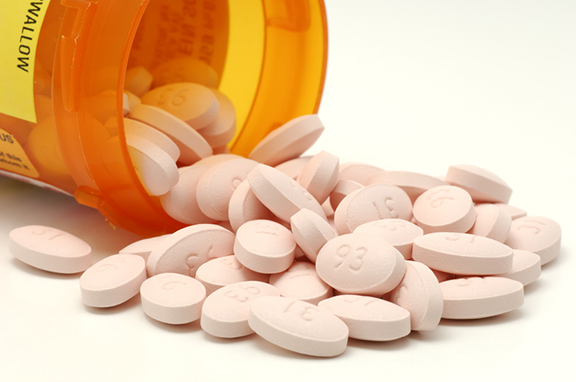 It's important to understand the types of medications used to treat COPD, from beta-agonists and Anticholinergics to various anti-inflammatory drugs (corticosteroids).

There are no cures for chronic obstructive pulmonary disease (COPD), but your doctor will work with you to figure out the right COPD medications and combinations of meds to relieve your symptoms. COPD exacerbation treatment in particular may involve several drugs.

Below is a COPD medications list to inform you about how they work and what side effects they might cause:

Beta-agonists: Short-acting beta-agonists start working to ease lung problem symptoms within minutes, and last four to six hours. They include:

Long-acting beta-agonists start working after about 20 minutes, and last for up to 24 hours. They include:

The long-acting beta-agonists salmeterol, formoterol, and arformoterol are available as pills as well as inhaled COPD meds. In pill form, they are taken twice a day. Indacaterol and olodaterol are taken once a day.

If these symptoms occur, they are generally not serious and should diminish or go away completely with ongoing use of the medication. If any side effect is severe or does not go away, a different medication may be needed.

As a patient’s COPD prognosis worsens, COPD signs and symptoms tend to occur more frequently. This means that one or more long-acting bronchodilators will be added to your COPD care plan. These drugs are taken on a regular schedule.

For example, the drugs salmeterol, formoterol, arformoterol, and aclidinium, which last for 12 hours, will be taken twice a day. The drugs tiotropium, umeclidinium, olodaterol, and indacaterol, which last 24 hours, will be taken once a day. If acute episodes of breathlessness or coughing occur while taking these medications, a short-acting bronchodilator (such as albuterol) can be used to quell those episodes.

For patients with more severe COPD, some combination of drugs (such as two long-acting bronchodilators) will likely be used. The long-acting beta-agonist vilanterol and the long-acting anticholinergic umeclidinium are available in one inhaler called Anoro Ellipta.

Anti-Inflammatory Drugs (Corticosteroids): Corticosteroids can be taken in tablet, liquid, injected, or inhaled form. The pill form acts faster than the inhaled version, but corticosteroids in pill form are not recommended for long-term use in people with COPD due to the potential side effects. People who take these COPD meds are usually those with stage 4 COPD who need frequent COPD exacerbation treatment.

Inhaled corticosteroids side effects: In commonly used doses, inhaled steroids are safe to use over the long term, and they have been shown to reduce flare-ups. Some studies have linked them to an increased risk for pneumonia—other possible side effects are a sore throat, hoarse voice, and oral candidiasis (a yeast infection in the mouth). Candidiasis can be avoided by rinsing your mouth with water after each use of the inhaler, or by using a spacer.

Oral corticosteroids: Corticosteroids in pill form are generally reserved for COPD exacerbation treatment. They include:

Oral corticosteroids side effects: Taken by pill in moderate-to-high doses for months or years, corticosteroids can cause problems such as bruising of the skin, cataracts, bone thinning (osteoporosis), muscle weakness, hair loss, growth of facial hair in women, mood changes, and weight gain. A person who uses oral steroids for long periods of time may also be susceptible to developing high blood pressure and/or diabetes. When oral steroids are used for more than a few weeks, the body becomes accustomed to the drug and it cannot be stopped abruptly without adverse effects. Therefore, anyone who takes oral steroids for several weeks or more must taper off the drug rather than stopping it abruptly.

Combination Drugs
For people prescribed long-term use of both a long-acting bronchodilator and a corticosteroid, the COPD medication list includes products that combine these two drugs in one inhaler. Combination meds include: