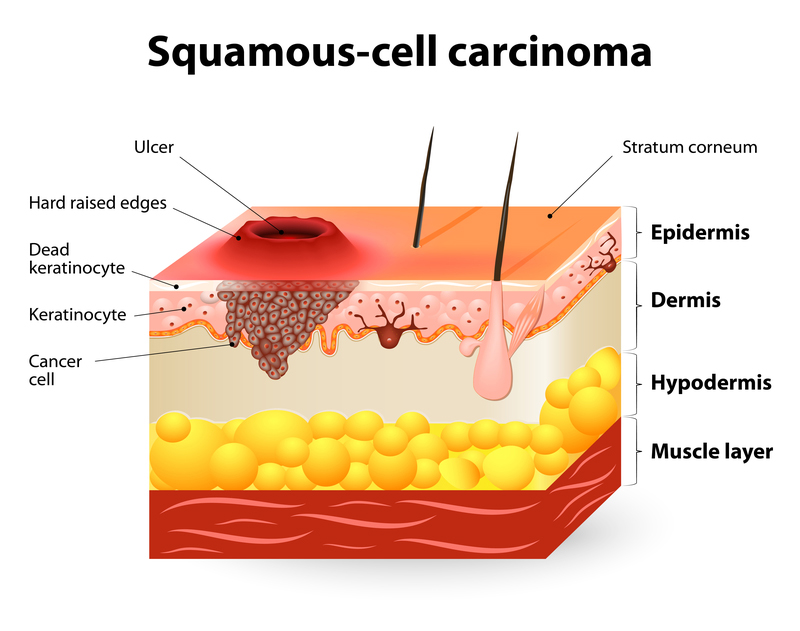 Non-Hispanic white patients with HIV and a history of nonmelanoma skin cancer had a higher risk for subsequent new primary squamous cell carcinoma, according to a study published in JAMA Dermatology.

The Rochester (MN) Epidemiology Project showed that diagnoses of squamous cell carcinoma (SCC) in the U.S. increased by 263 percent from the first recording period 30 years ago to the most recent decade recorded, 2000-2010. More than one million cases are reported each year.

The risk is greater if you have light-colored hair and blue, green, or gray eyes. Exposure to radiation, arsenic, and other chemicals increases the risk. Finally, you are more susceptible to squamous cell cancer if you have had any previous type of skin cancer, or if you have a weakened immune system as a result of disease or chemotherapy.

The cancer appears as a rough, scaly bump that grows, and the surface of the lesion (damaged tissue) and also may have a flat, reddish patch. It usually occurs on the face, ears, neck, hands, or arms, but can develop elsewhere. Here are four warning signs of squamous cell cancer:

Patients who have had multiple cutaneous SCC, compared with those who have had one episode, are at a particularly high risk of recurrence and metastasis, according to a study in JAMA Dermatology. Also, the thicker a skin cancer lesion, the more likely it is to spread, and squamous cell cancer on or near the ears are four times more likely to spread than those elsewhere on the body. The cancer appears as a rough, scaly bump that grows, and the surface of the lesion also may have a flat, reddish patch of skin.

SCCs are diagnosed by a biopsy conducted in a dermatologist’s office. The tissue is sent to a pathologist to determine whether or not cancer cells are present.

If the entire lesion is removed as part of the biopsy, the primary treatment is over. If further treatment is necessary, your options include surgery, laser surgery, cryosurgery, radiation therapy, and electrodessication and curettage (scraping and cauterizing the tumor).

Anyone who has had squamous cell carcinoma, or any other type of skin cancer, should have frequent follow-up appointments, and every adult should have an annual skin examination by a physician or dermatologist. A person who has had one skin tumor has a 40 percent risk of developing a new lesion within two years, and all tumors are not evident to the patient.

The Skin Cancer Foundation says that SCCs are usually limited to the epidermis for an extended period of time. If the tumor gets larger, more extensive the treatment needed. It eventually penetrates underlying tissues, which can lead to disfigurement. A small percentage of SCCs spread to other parts of the body.

Avoid sun exposure, and protect your skin by wearing clothes that cover the arms, legs, face, neck, and ears. Wear SPF 30 to 50 sunscreen on all exposed skin, and stay away from tanning beds. A study of more than 9,000 patients found that people who use tanning beds have a 67 percent increased risk of non-melanoma cancer, including both SCC and BCC. 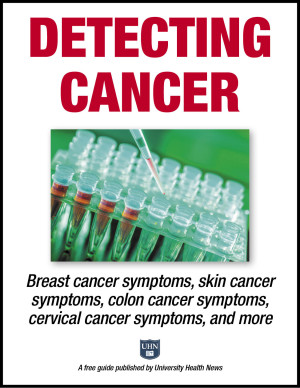