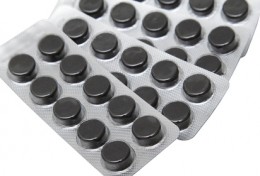 Ouch! One in three women will experience osteoporotic fractures, as will one in five men. It’s a good thing there are effective natural methods, such as taking a vitamin K supplement, for preventing osteoporosis. In this article, we continue our discussion of vitamin K as a safe and natural osteoporosis supplement.

I previously reported that the evidence is not conclusive for the effectiveness of taking just any vitamin K supplement for preventing osteoporosis naturally, but that one specific form of vitamin K2, known as MK-7, was beginning to stand out in preliminary research. Now, a breakthrough study shows low doses of MK-7, which is the most potent and longest-lasting form of vitamin K, does in fact prevent bone loss when taken for at least 2-3 years.

This latest study on vitamin K and bone health, recently published in Osteoporosis International, adds to the growing body of research demonstrating the effectiveness of this vitamin K supplement for preventing osteoporosis naturally. Researchers from the Maastricht University in the Netherlands gave 244 healthy post-menopausal women either placebo or 180 mcg vitamin K2 as MK-7 daily for three years. The randomized, placebo-controlled trial was sponsored by Nattopharma, the maker of MenaQ7, the branded form of the vitamin K supplement used in the study.

The vitamin K supplement group also experienced favorable changes in bone strength as well as significant decreases in the loss of height of the spinal vertebrae in the mid-spine region.  In addition, the vitamin K2 group had significant decreases of about 50% in levels of inactive osteocalcin, compared to increases of about 4% in the placebo group. Osteocalcin is a compound essential for bones to utilize calcium, but it needs adequate vitamin K in order to be active and effective in preventing osteoporosis. Without enough vitamin K, it remains inactive.

Researchers comment on the length of time it takes this vitamin K supplement to work: expect results in 2-3 years

“These results confirm the hypothesis that MK-7 beneficially effects bone health,” said to the researchers. The findings reflect important breakthroughs in vitamin K supplement research. No other studies utilizing vitamin K have lasted three years, and the results of this study confirm that the bone health benefits of vitamin K2 for preventing osteoporosis take longer to materialize than previously thought, according to Dr. Vees Vermeer, the study’s lead investigator.

To learn more about the different forms of vitamin K, vitamin K’s role in bone health, and what I personally recommend to my patients for preventing osteoporosis naturally, see my two previous articles:

Overall, the research indicates that like most bone building treatments, you will need to take a vitamin K supplement in the form of MK-7 at a dose of about 180 micrograms for at least two or three years before the benefits become significantly noticeable on DXA scans. Adding additional nutritional therapies for preventing osteoporosis naturally, such as other bone-building nutrients in the form of food and supplements, could dramatically speed up the beneficial effects of vitamin K2 on bone density and strength.