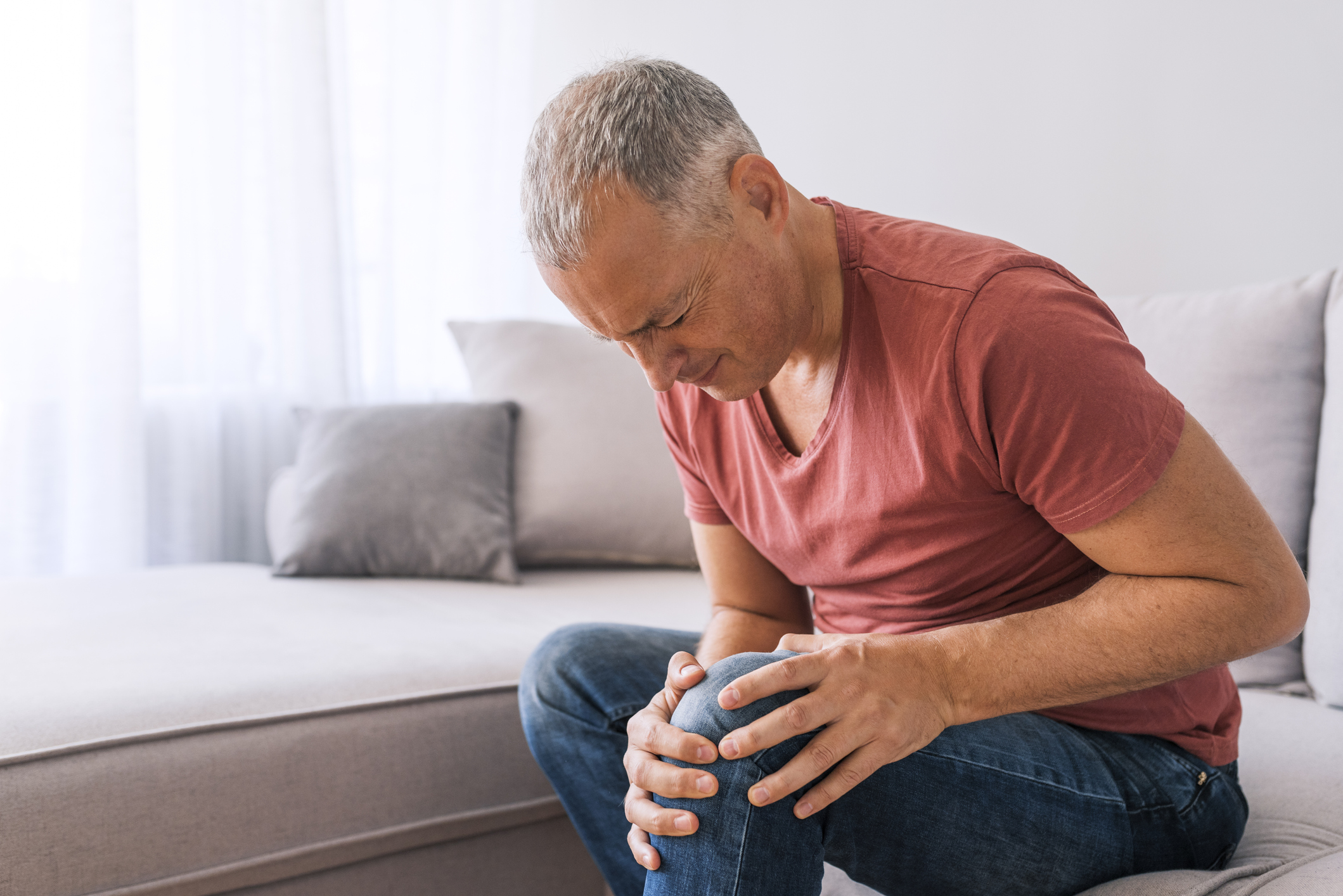 The knee is the largest joint in the body and for many Americans, it’s not holding up very well.

More than 600,000 knee replacements are performed every year in the U.S., and the demand is increasing. When adults, especially those over the age of 60, complain about joint pain or stiffness, it’s the knee more than any other joint.

Osteoarthritis (OA) is the most common cause. Knee arthritis is one of the five leading causes of disability among older men and women. Nearly half of all Americans will develop knee OA during their lifetime, and the highest risk is among those who are obese.

But there are other causes of knee pain, and people other than those who are obese suffer from it. We know more about successful and unsuccessful methods to treat knee pain than we knew just a few years ago, so, again, there is reason to be optimistic.

The following are risk factors for knee pain.

People who have family members with osteoarthritis are more likely to develop OA, says the Centers for Disease Control and Prevention, but there is no evidence that people are genetically programmed to be more susceptible to the disease.

The Cleveland Clinic says that heredity plays a role in osteoarthritis because individuals born with other diseases are more likely to develop OA. Examples include increased joint laxity, abnormal growths of bone and cartilage, and Paget’s disease (inflammation in bone that affects older people).

A study in Sweden reported that first-degree relatives of patients with rheumatoid arthritis (a parent, sibling, or child) were approximately three times more likely to develop the disease when compared to the general population.

Although the study clearly supports the role of genes in determining the risk of RA, it is also clear that they do not account for all of an individual’s susceptibility to the disease, according to the National Rheumatoid Arthritis Society. People can develop the disease regardless of genetic make-up.

Adults can develop knee problems and knee arthritis, but the prevalence of the condition increases rapidly starting at age 45. It increases as we get older because, simply, the knee joints experience wear and tear with age, making them more prone to osteoarthritis. The degeneration of joints that is characteristic of osteoarthritis is why the condition is also called degenerative joint disease.

Women over the age of 50 are more likely to develop knee OA than men, and women over the age of 65 are twice as likely. Before age 50, men tend to have OA more than women. Women tend to go to their doctors with more advanced cases of OA and with more debilitating pain. The reasons for these differences may be related to less knee cartilage volume and greater cartilage wear in women, and to differences in mechanical alignment. Women are built differently than men—wider pelvic bones, greater hip angles, and a tendency to have a knocked-kneed alignment. The knee joint in women is not as well supported by muscle size and strength as in men, making them more likely to have a variety of knee problems, including OA.

Although a direct cause-and-effect relationship is difficult to establish, there is evidence that OA is associated with occupations and activities that involve repetitive stress. Assembly-line workers, miners, dock workers, and those who install floors or carpets have a higher rate.

A 2015 study at Northwestern University of adults 55 and over found a higher rate of knee OA among those who walk more than two miles a day, climb more than 10 flights of stairs on most days, lift or move objects weighing more than 25 pounds at least one day per month, or repetitively kneel or squat.

A 2017 study published in the Journal of Athletic Training found that having participated in sports such as soccer, long-distance running, competitive weight lifting, and wrestling may increase the risk of developing knee OA.

A similar study published in the December 2016 edition of the British Journal of Sports Medicine concluded there was “very low-quality evidence” to support an increased relationship between sports participation and OA in elite athletes. The finding did suggest that significant injuries in soccer players were associated with OA later in life.

An earlier study (2014) in the Journal of Sport and Health Science concluded that recreational running does not increase the risk for knee OA or end-stage hip osteoarthritis. The relationship between knee and hip OA in sports participants who never suffered joint injuries remains unclear.

The bottom line on the link between OA and participation in athletics: There is limited evidence associating sports participation with knee osteoarthritis, but stronger evidence showing that suffering knee injuries in sports raises the risk of OA at some point in life.

The most common medical conditions that cause knee pain are osteoarthritis, rheumatoid arthritis, ACL injuries, meniscus tears, tendinitis, and bursitis. Osteoarthritis is first on the list and gets most of the attention here and from middle-aged and older adults. Gout, avascular necrosis, and stress fractures may be additional culprits.

To learn about joint health, purchase Easy Exercises for Joints and Bones at www.UniversityHealthNews.com.