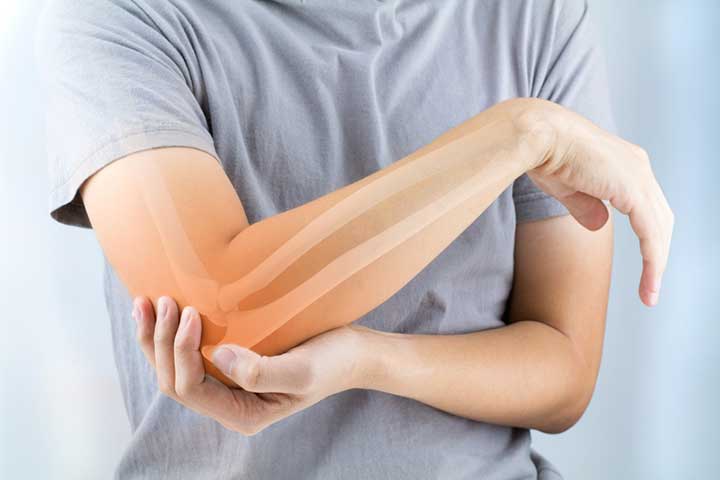 Rickets causes the bones to soften and become weak., which can cause fractures and pain in the bones.

Rickets—a common health problem in the nineteenth and early twentieth centuries—might be making a comeback where you would least expect it: in a modern, industrialized European nation. A recent University of Toronto study (Scientific Reports, Nov. 17, 2017), focused on a mysterious increase in cases of rickets among British children in the last several decades. Rickets had been on the decline in Britain since the 1960s, but hospitalizations of British children due to rickets began to rise starting in the mid-1990s. The researchers found that the incidence of rickets almost doubled between 1997 and 2011, going from 0.56 cases per 100,000 children to 1.01 cases.

Rickets is essentially a manifestation of a vitamin D deficiency, although it can occur due to a genetic condition. It mainly affects children and adolescents in developing countries, but it rarely can affect adults, in whom it is referred to as osteomalacia.

Rickets causes the bones to soften and become weak. Its most obvious symptom is a bowing of the legs, which occurs mainly in toddlers (older children may develop knock knees), short height, and low weight. Other symptoms include:

Low Calcium and Vitamin D a Major Cause of Rickets

The most common cause of rickets is malnutrition—that’s one reason why it’s much more likely to occur in areas of the world where drought and famine are common. A lack of calcium is key, because calcium is a major component of bones—without it, bones become weaker. Vitamin D is also crucial because it helps the body absorb calcium from food. Vitamin D is synthesized by the body with exposure to sunlight, and Haris Majeed, co-author of the University of Toronto study, and a master’s student in medical imaging at U of T’s Faculty of Medicine, points to lack of sunlight as a factor in the study findings.

People need about six hours of sunshine per month in order to produce sufficient vitamin D, but since the mid-1990s, increasing cloud cover has deprived Britain of about four hours of sunshine per month during the summer. “Nobody thought of the sun,” says Majeed. “Climatologists knew that the UK receives lower summer sunshine than other parts of the world, but no one ever thought of the effect it had on specific health implications, such as rickets.” As to the reason for Britain’s even cloudier summers, Majeed contends that long-term climate variability in sea surface temperatures played a role. “Sea surface temperatures are getting warmer over the North Atlantic, and are known to fluctuate every 60 to 80 years,” he says. “After the mid-1990s, North Atlantic sea surface temperatures entered a warm phase, decreasing average summer atmospheric pressures and causing more rain, and less sunshine, in the UK.”

In the United States, people who live in Northern latitudes frequently have low vitamin D levels due to a lack of summer sunshine, although the U.S. hasn’t seen the same increase in rickets as the UK. This may be due to the fact vitamin D is added to milk, orange juice, many cereals, and soy products. This fortification makes up for the fact that natural food sources of vitamin D are fairly limited (it’s mostly found in oily fish, such as mackerel, salmon and trout, cod liver oil, flaxseeds, and eggs). If you live above the 35th parallel, or are housebound most of the time, a simple blood test can check your vitamin D levels (it’s also worth having the test if you are dark-skinned, since dark skin doesn’t produce as much vitamin D with exposure to sunlight). If you come up low, discuss with your doctor what you can do to boost them. The recommended daily amount of vitamin D for people aged up to 70 years is 600 International Units (IU); people age 70 and older are advised to get 800 IU. If taking a supplement, choose one that contains vitamin D3, as this is more easily absorbed.

Other Causes of Rickets

While the most common cause of rickets is malnutrition, it also can develop in people with celiac disease or ulcerative colitis, which prevent the body from absorbing nutrients. Kidney problems also can underpin rickets if they affect the way the kidneys process phosphorous, which is important for bone strength.

Premature birth raises the risk for rickets in children, as does exclusive breastfeeding, since breast milk does not contain much vitamin D. If you are pregnant and deficient in vitamin D this can result in your baby developing rickets.

Certain medications have also been linked to a greater risk of rickets—these include some anti-seizure drugs, as well as drugs used to treat HIV/AIDS.