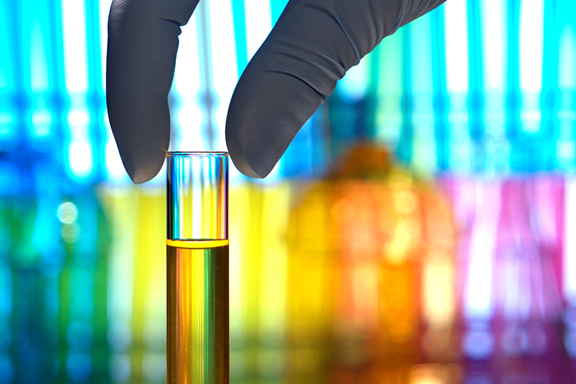 Are you currently losing bone at an accelerated rate? Bone loss is much easier to prevent than to reverse, so wouldn’t you rather start treatment before you have actual bone loss? Or, if you already know you have low bone density and are trying to improve your bone health, how do you know if your current treatments are working? You could wait until your next DEXA scan, but that might be two or more years away.

How Are Bone Resorption Tests Different Than DEXA Scans?

Although tests for bone resorption like the Pyrilinks-D are still not regularly utilized in the conventional medicine world, many integrative and natural healthcare practitioners are taking advantage of them for osteoporosis treatment and prevention. These tests go beyond traditional DEXA scans which measure bone density by taking a static image of bone and don’t show changes for at least a year or two.

DEXA scans are still essential for osteoporosis diagnosis but they provide no information about the rate of bone loss. That’s where Pyrilinks-D and other bone resorption tests come in—they use urine or blood to measure markers of bone resorption (breakdown), allowing for the identification of bone loss before it has become excessive.

What Is Bone Resorption?

Bone is not stable; rather, it is an active, changing tissue, it is an active, changing tissue, continually being remodeled, which means that new bone  is  being formed while old bone is simultaneously being resorbed (broken down).  Osteoporosis results when new bone formation does not keep up with bone break down. When the rate of resorption exceeds the rate of formation, the bones become progressively more porous, brittle, and fragile. Numerous tests to measure bone remodeling have been developed and researched during the past two decades and today there are multiple bone resorption tests, such as the Pyrilinks-D, to choose from.

The remainder of this article will focus on Pyrilinks-D, also called deoxypiridinoline or DPD. In Part 2 of this article, you will learn about two more well-researched and widely used bone resorption tests:  the CTX test and urine NTX test.

What Does the Pyrilinks-D Test Measure, Exactly?

The Pyrilinks-D test is based on the fact that the mineral structure of bone accumulates upon a protein matrix which consists of collagen. This collagen contains unique protein structures that are linked in a crossing pattern in order to strengthen it, this giving bone greater stability. Bone resorption involves a breakdown of this collagen protein structure. The resulting protein fragments from this breakdown get excreted in the urine. The Pyrilinks-D test measures one of these specific protein fragments, deoxypyridinoline (DPD), to test the rate of bone resorption. The test also goes by the name deoxypyridinoline, or just DPD.

DPD is found in bone only and urine DPD levels reflect the true rate of bone turnover. It is one of the most useful markers for identifying accelerated bone breakdown and predicting the probability of bone loss. The “normal” DPD level varies, depending on the laboratory’s measurement methods and other factors, but for women generally ranges from 3 to 7.4. In one recent study, DPD levels above the upper limit of the normal premenopausal range were found to be associated with an increased hip fracture risk.[1] Another recent study in 522 Japanese postmenopausal women found that high levels of DPD in the urine was associated with spinal fractures and could predict spinal fractures in women up to ten years out.[2]

Many of the major national laboratories, such as LabCorp, as well as some specialty laboratories, such as Genova Diagnostics and Metametrix, perform the Pyrilinks-D or similar tests for DPD. Like most lab tests now, you can order the Pyrilinks-D or DPD test yourself without a doctor’s involvement in most states in the United States through various online companies that offer direct-to-consumer access to lab tests, such as DirectLabs (they offer Genova’s Bone Resorption Assessment, for instance). However, given the complexity of bone resorption testing, it is recommended that you work with a healthcare practitioner experienced using and interpreting Pyrilinks-D or another bone resorption test.

If you want to get a Pyrilinks-D or similar test to measure your DPD levels, experts suggest that you stick with the same lab for serial measurements since different labs have different methods of measurement and different reference ranges. The best way to take advantage of bone resorption tests like the Pyrilinks-D is to find out your initial level of bone resorption and then plan to re-test every 3 to 6 months using the same laboratory. The retail cost of the Pyrilinks-D or similar DPD test is about $105 to $150, and insurance typically covers the test if it is ordered by your doctor.