Home » Daily » Bones & Joints » Is Milk Really Good For You? 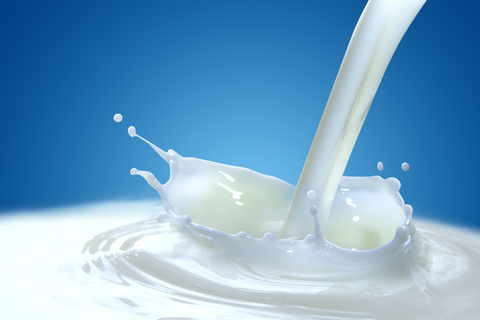 When you drink cow’s milk, you usually get more than you bargained for.

You have probably seen the advertisements with celebrities sporting milk mustaches. If so, you’re familiar with the slogan, “Milk, it does a body good!” But, is milk really good for you?

While proponents tout that drinking milk is the best and most efficient way to increase consumption of calcium, this claim is simply not true.

It is true, however, that calcium should be consumed daily. It is essential to good health, particularly for your bones and teeth. Calcium is used for treatment and prevention of bone conditions such as osteoporosis (porous and weak bones due to low bone density), rickets (softening of bones in children) and osteomalacia (softening of bones with pain). Calcium can also protect major organs such as your heart.

Other Sources of Calcium

Milk, however, isn’t the only viable source of calcium. In fact, calcium can be found in a plethora of plant sources such as spinach, kale, broccoli, and cabbage.

“The sheer quantity of calcium in dairy products certainly makes them attractive sources, but they have no monopoly on calcium,” according to Robert Heaney, M.D., Professor of Medicine at the Osteoporosis Research Center at Creighton University School of Medicine. “There`s no reason in the world why you couldn`t get an adequate intake from a vegetable source.”

Unfortunately, the typical American diet provides far less than the optimum level of calcium needed per day—meaning that unless you consume a large amount of green vegetables on a daily basis, you’ll likely not be able to maintain the adequate supply of calcium that your body needs. Therefore, many individuals benefit from taking a calcium supplement.

You might be asking yourself, if calcium is so great, what’s wrong with drinking milk? The drawback is: When you drink cow’s milk, you usually get more than you bargained for. That’s because cow’s milk is loaded with a lot more than calcium.

According to the Journal of Agricultural and Food Chemistry, the contents of each glass of milk can contain up to 20 different chemical agents, including a variety of pharmaceutical drugs and growth promoters.[1] Milk is often laden with hormones, antibiotics, pesticides, herbicides, bacteria, and environmental pollutants (organophosphates).

Milk, Then and Now

In today’s world of “most meat for your money,” cows are raised on industrial farm factories called CAFOs (Concentrated Animal Feedlot Operations). On these CAFOs, cows are fed non-organic grains sprayed with pesticides and herbicides. They are also provided hormones to increase their growth rate.

Specifically, dairy cows are supplied hormones called genetically-engineered recombinant bovine growth hormone (rBHG) to increase milk production. And, sadly, over a dozen antimicrobials are approved for farm animal growth promotion in the United States. These include antibiotics (including penicillin, tetracycline, and erythromycin[2]) that are utilized for treating human disease.

Truth be told, approximately 70 percent of the antibiotics produced by pharmaceutical companies today are actually used in animals. Thus, it’s best to leave the cow’s milk for baby cows.