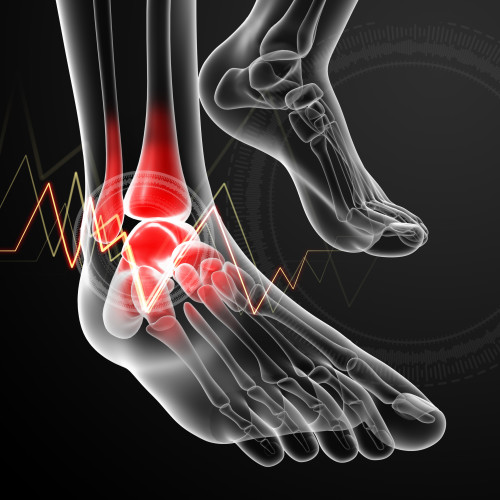 Ankle replacement is becoming more common in cases where arthroscopic cleaning and other options aren't effective.

For severe osteoarthritis, surgeons are now creating implants for shoulders, ankles, wrists, even knuckles. If your arthritis can’t be resolved with pain meds and therapy, surgery might be in order. Let’s take it from the bottom….

Total ankle replacement surgery, however, is becoming a good option for certain patients with ankle arthritis.

Q: I have terrible wrist pain due to arthritis and I’m deciding between joint replacement and fusion. How should I make this decision?

A: Rheumatoid arthritis commonly affects the hands and wrists. Medications and nondrug measures, such as physical therapy and joint protection strategies, are the primary treatments. If pain and dysfunction become severe and seriously limit movement, surgery can be considered.

Wrist joint fusion is the more commonly recommended option for wrist rheumatoid arthritis. With joint fusion (also called arthrodesis), bones are permanently joined together, which eliminates pain because the ends of the bones no longer rub together. The procedure involves aligning the bones and using metal pins, plates, screws or rods to hold them together. The bones will eventually grow together. The fused joint no longer moves. It will be possible to rotate the hand, but not to bend the wrist.

Wrist replacement involves removing some bone and inserting an implant composed of metal parts for each side of the joint. A spacer made of plastic fits between them. After surgery, you will need to wear a cast and then a splint for up to eight weeks. Complete recovery can take months. Wrist implants are more likely than hip or knee implants to loosen and require further surgery.

This was originally published in May 2016. It has since been updated.